This is not true in all cases. And it may be both, inside and outside. You have an enemy over there but also hurt yourself (consciously or not). But worthwhile to consider that you are both Sun and Pluto. You are in a power struggle with yourself. Inner conflict. God what I wouldn’t give to go for a ten mile walk today and think about all this but I got a vaccine yesterday and I’m kinda tired.

I’m in a state of preparing, listening to Beethoven, hoping to return to writing this month. There’s that word again. Hope. I used it on my Instagram the other day, quoting The Good Doctor (i.e. I’m in therapy for the first time in over a decade). He used that word and it made me think. Not sure what about. But I wrote the word down with a question mark. Hope? All I want is to start again on BOOK NUMBER THREE where I left off but feeling that various life tasks keep getting in the way including my own anxiety. But maybe, maybe, this room, for now, is where I’ll be able to return to writing. The big blue chair room. I sit in here and feel calm. Calmer. I know my clients will ask me (if they read this blog post) how things are going in therapy lol I know they will.

But if Sun Pluto is us fighting with ourselves, how do we… make peace? Make peace and then get on with things. Get out of our own way. It’s such a violent aspect. Pluto IS violence. It’s violent to make a cut, even though the purpose of the cutting is to expose an infection and ultimately to heal. So we’ve got our work cut out for us. Sun Pluto describes life work. Sun Pluto, Moon Pluto too. We don’t, we won’t, get a break in this life so get that escape hatch image out of your mind asap. You cut to heal. I get that. I mean, that’s the ultimate purpose in my opinion. Key is to use a metaphorical knife. Metaphorical knife. Not a real one. Use your Pluto. Ask yourself: where is Pluto in my chart? What Pluto transit am I under? You are being cut there. Anything else is extra.

You know what else? I’ll remind you. The Sun (in the Sun Pluto opposition) is in Cancer so there’s a drive to feel safe (Cancer = the mother) and this safe feeling is likely impossible to find this week (because of dark shadow cutter Pluto) so what do we have? Are we just supposed to… suffer? Suffer and die? Here’s what I think:

But, first, a story: last night an old “friend” called me out of the blue. I was surprised. Although just the other day, literally, in my Chiron retrograde writing on social media, I had predicted people from the past coming back and here it was. Here he was. And I’ve given up searching for meaning. I’m not asking myself: what is this all about? Who cares. It’s just another boat on the water.

We had a fight (I think) in February 2020 at the start of pandemic, and now here he was, calling me. Right away his energy felt different. More clear. So clear. He told me he was on Prozac when I mentioned this shift in him that I couldn’t quite describe but could easily feel. And we chatted and I was happy to and in a good mood and I don’t know. He kept surprising me. He spoke about some time we spent together back in… 2013? Things I was surprised he remembered. I had written a poem about one of those afternoons and he mentioned that afternoon and that drive and that conversation and, well, it’s been years. Years. We’re both Venus Neptune people. I invited him here to visit as he has a few days off around his birthday. We also talked about sex, about getting old, getting fat, the other medications he’s on. I remembered the days when I had so much longing. I mean, I had longing last summer too. Venus Neptune.

I don’t have hope or hopes though. I am not searching for meaning anymore. What I’m doing these days is observing and if I want something (Indian food, a friend to visit, a new book, writing a new chapter), I might try to get it. That’s it. On my Insta I was talking about this i.e. what am I doing if not searching? Searching for meaning for SO LONG. Now I know. I’m observing and maybe trying to control/drive things less. We’ll see.

What does this have to do with Sun Pluto? The monster just wants your love. Say to the monster (that part of you that scares you): I’m glad you’re here. Try it. And you may have to do it over and over in the course of a minute but keep trying. 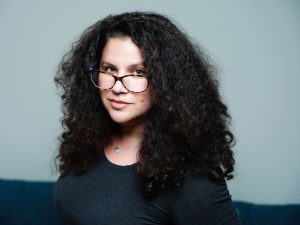 -+*I know not everyone watches the videos. They prefer to read. So I’ll tell you a little about what I was saying […]

-+*When the astrological seasons change, it’s our job to do our homework 🙂 We have begun the shift from Pisces to Aries, […]

-+*Heartache? Heartbreak? Whose loss is it anyway? Typical Virgo Moon detail obsession. I was soooo focused on Venus square Pluto today that […]