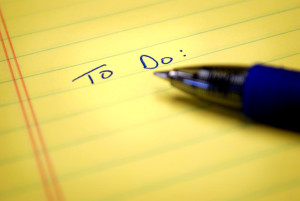 Life has been busy the last few days and I regret that I’ve not had time to blog yet. It’s already Tuesday!! Let’s catch up a bit —

Today is the Mars Venus trine. Sagittarius and Aries, fire signs, and I consider this lucky, a lucky break. Fire isn’t practical but it gives you light. NOW YOU CAN SEE.

Moon in Cancer makes that lucky break extra emotional for you. Moon square Venus today too. What you need vs. what you desire. Think about that. Are they the same? Moon square Venus to me is… violent. A violent schism in a personality (in a natal chart). The ultimate in mixed message which you send to others or to yourself. Squares are fucking hard to deal with. Don’t let anyone tell you different. People lie these days about the truth of astrology, making squares sound all YAY. There is no yay in the square. And the Moon is fierce. The Moon = instincts, guts. The Moon isn’t Venus who, ideally, wants to please. The Moon wants to be FED.

Wednesday is Moon aspects only including a Moon Jupiter sextile and the usual Moon/Pluto/Uranus configuration when the Moon is in cardinal (emotional, tense, crisis point) but also Moon square Sun in Aries and trine Chiron. The day starts off well but I’m pretty sure you’ll want to hide under the covers at some point and eat your Coconut Bliss.

Thursday is better: Moon in Leo + Mercury trine Jupiter! Remember, Mercury will go retrograde in Taurus so pay attention to these “early” Mercury aspects; there’s a story to follow here. A double take. The house may not be for sale now but after the retrograde you find your true home (or true love or better job or whatever). I wouldn’t trust the good news now necessarily. I know that’s vague but I have a feeling of more to come more to come more to come.

Saturday we have a Venus Jupiter inconjunct (Aries/Virgo) and you  may overspend on health supplies but the BIG NEWS is end of the week, Sunday. Mars goes retrograde. Mercury trine Pluto. Pluto goes retrograde the next day!!!

I’ll address these retrogrades in future blog posts but suffice to say this is major and is partly what my current class is based around — the April retrogrades! What do they mean? Do we stop? Do we wait? I say we PLAN.

And then on TUESDAY the Sun enters Taurus so… and then a Full Moon on Thursday so… one may think OH time to slow down but I’m telling you… it won’t feel that way.

Other astrologers may say other things but I”m feeling something different. We’re still moving along and will continue to.

Your mileage may vary BUT Mars retrograde, in this humble mystic’s opinion does NOT mean we stop, no, not at all. It’s far more profound than that….

-+*Life feels like it’s speeding up or is about to speed up, just days before Saturn goes direct and Venus goes direct. […]

-+*This aspect is exact tomorrow evening Big City time but I wanted to talk about it today and the dry erase board. […]

-+*This whole Saturn retrograde thing may have you feeling like you’ve gone back in time. Something you thought was settled is not […]

2 thoughts on “The Stars This Week: We Plan”