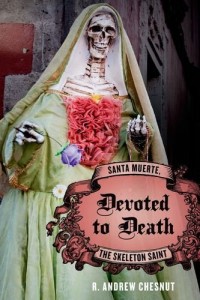 So I was asking on my Facebook which is worse for you? to feel hate or to feel sadness.

I think for me sadness is far worse because it becomes attached, entrenched in all these feelings from the past very NEPTUNE whereas hate?

Hmmm hate is pure I said. Hate is specific. It can be savored. Once you identify it for what it is and ALLOW it.

So often we talk about “allowing” self-care and forgiveness blah blah blah. How about making room for the rest? Do you only have happy pink crayons? NO. You have OTHER colors too.

But I am talking about NOT denying the full range of human emotion, including hate.

Of all the uglies, such as guilt, fear, sadness, rejection, shame, and more! I prefer hate. There’s power in it. There’s energy it. There’s Vesta-like FOCUS in it.

I can write my way through sadness too. I’ve done it for decades BUT the white hot fierceness of hate, I think, will take you farther and into some interesting cities of experience and mind.

Not that you want to feel this shit all the time! We don’t. Feelings shift. But when feelings arise? I recommend you actually FEEL them. Because when you stuff them? That’s when you get sick. THAT IS WHEN YOU GET SICK.

Today was the Full Moon in Scorpio and I was posting Marsy post after Marsy post, Pluto post after Pluto post, deleting some of them because frankly the mood came and went. That’s what the moon does. She MOVES!

And it’s a whole new world now, my friends. North Node in Leo. South Node in Aquarius. Heading towards that Saturn Uranus trine.

How are you feeling about this fire sky?

We got Venus, Athena, Uranus and Mercury in ARIES.
We got Lillith and Saturn in Sagittarius.
North Node in Leo.

FIRES RAGE (you know they do) and Scorpio is ruled by both Mars and Pluto so it makes sense. It makes sense that your rage, if you have rage, if you let yourself feel rage, feels at home in this sky. And I like that. It looks good on you.

If you want to work with me, just send an email to moonpluto@gmail
and if you want to support the work I do and make it easier for me to do it,
I now have a Patreon with rewards!
Check it out 🙂

-+*As I type this, the Moon is void of course in Aquarius. Venus and Mars are conjunct in Aries, the Sun not […]