I keep forgetting it’s Eclipse Season. I need to stop forgetting that. This is the time of year when we can blame *everything* on the eclipses, and I’ll let you know when we need to stop doing that, and maybe that time is never.

So it’s almost 9pm and I’m drinking bourbon and diet sprite (shh) and it’s delicious and I’m having a snack and I’m taking a look:

We get a beginning, and we get an ending. Solar begins. Lunar ends. Solar intends. Lunar reveals. Buckle up, dear star lovers! I’m assuming you’re already feeling this.

And I’m thinking about magic and ritual and spells and how it’s okay to do a spell when your only desire is clarity. I mean, maybe you don’t know exactly the outcome you want but you need to do something. You need the candle and the other items (which I won’t specify).

This evening I began a seven-day-spell because there’s a reality I’m having trouble accepting but the one thing (or one of a few things) that I’m pretty good at is death. Ambiguity is hard. Gone forever is easy. Father dead. Mother dead. Three beloved cats dead. I suppose there were other relatives as well, but I wasn’t so close to them or I was little when they passed. My closest friends are still alive. Mother and father is enough though to win the death lottery, so to speak. And my cats meant more to me than anything. I can do death easy peasy. No wonder my favorite saint is Saint Death.

But there I was wrestling with a problem (putting it nicely) and I was reading about accepting reality and I thought to myself: Self! I actually can’t accept what the reality is so I’m gonna do this other thing. I’m gonna do a spell. I’m gonna pretend the situation is DEAD. Not ambiguous, not a cloud of unknowing, but dead. My brain is cool with that. I know how it goes. I know what to do. It’s total surrender rather than seeing how I can maneuver or hope.

Love you so much,
xo

TO BOOK A READING LOOK HERE
TO BUY A MYSTICAL PRACTICAL GUIDE TO MAGIC LOOK HERE
TO SUPPORT MY WORK ON PATREON
TO TIP ME! 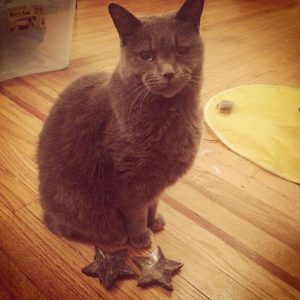 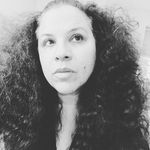 -+*Socia media can be painful. I just had one such interaction. I was making a joke and the other person (total stranger, […]