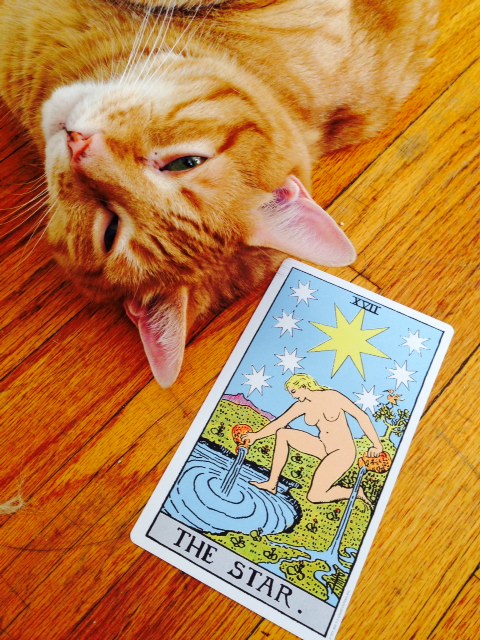 And before I left the house today to have lunch with my prize Tarot student I realized I needed to talk to you about not giving up. Talk to those of us who have been counted out – by ourselves, by others.

This weighs on me because you know I hate platitudes and what I call the “sunset yoga memes” so plentiful on social media. I am talking to you from the heart like I always do and I want to tell you (especially the young people reading this, my young readers) that you don’t have to give up. Even if others have counted you out, even your own family. Especially your own family. Maybe your family left you for dead.

Maybe you have bad stuff in your chart. I have bad stuff in my chart. Really bad. My chart is a bowl (maybe a bucket with a handle) but that bowl is on the Eastern half. I got nobody! But I also got an Eleventh House. I got everybody. I got myself. Moon Pluto conjunction in the FIRST HOUSE. Sounds optimistic, doesn’t it?

So maybe you have a Moon Pluto conjunction or a Sun Pluto square or an Eastern chart or a Western chart or just the WORST angriest meanest Saturn or a Neptune that keeps tripping you up. Maybe you don’t even know what it is because you can’t read your chart but you are certain there is something WRONG there.

Just wanted to say you don’t have to give up. I’m calling it Swan Magic today. Maybe something else tomorrow. Venus retrograde is here. It’s been almost three days now and this is the time to take those communications that you got so long ago (and possibly still get) and skin them. Gut them. What remains is you, raw you, pulsating you. It’s so beautiful. You’re so beautiful.

-+*Fascinating conversation got started yesterday in one of the chat rooms– (DO YOU KNOW ABOUT MY CHAT ROOMS? LOOK HERE! They are […]