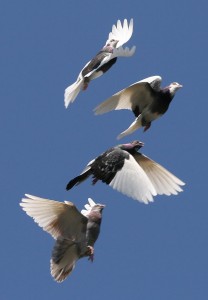 Mars is angry. This is textbook astrology.

The Full Moon in Aries (ruled by Mars) is this weekend – October 15th at 23 degrees – and Mars, in the sky, is in Capricorn. Impulsive Aries and shrewd Capricorn square by sign. They fight. They use force. They kick. They bite. Who wins? Who would you bet on?

A Full Moon in Aries (Mars) is an obvious Moon. Not stealthy, not shrewd, not strategic. The revelations will come fast and furious and we also know this because the Full Moon is conjunct Uranus! It will become abundantly clear to you (and maybe it already is) where to apply your force, fearlessness, and fire. And yes yes yes expect the unexpected. There will be a surprise in your Aries House.

I just drew a bunch of cards for someone – a weekly Tarot subscriber and she got all Wands so the question is a Mars question: burn out or WIN? Which to choose? Is there a choice? There is no in-between with Aries. They have to win although they don’t always, and Capricorn is busy climbing another mountain. I keep returning to this square because you do have a choice: Aries or Capricorn. Choose.

Yes there will be some bumps. It’s not a well aspected Full Moon and Full Moons are emotionally bumpy rides anyway and I predict once we get to the Pisces Moon on Wednesday you are gonna feel it and what exactly you feel depends on your chart and the aspects this moon will make because if it’s kind to your chart you’ll ride it out nicely without any bruises.

My advice is this: courage, not cruelty. Take the high road. Can you do that?

Pluto is all over this Full Moon too – so the temptation will be to twist and manipulate and cast very dirty magick spells but where has that gotten us, hmm?

More tomorrow 🙂 in the meantime just message me if you want details about:

-+*I lay down to take a nap — before moving on to the next thing. I have this freedom being self-employed. Not […]

-+*Please visit my Beliefnet post on the Star card from the Tarot * Full Moon at 18 degrees Aquarius. Full Moon opposing […]

-+*You’re standing at the brink. Your life, as it is now, versus your future. We have a Lunar Eclipse in Gemini on […]