Sometimes I find it hard to believe that things can get better. That it’s possible. Honestly. Seriously. Even though I can talk to **you** and see the happier or “better” trajectory for you.

The Uranus Pluto square did what it was supposed to do. Crush and catapult.
To quote Madonna: so now what?

In one of the chat rooms, one of our good witches drew the Four of Wands for me, just now, a card for Pisces Season. Can it be? Is it possible? Do good things happen? Do really good things happen after near total razing?

He tried to kill me. And then he denied it. Minutes later. “No, I didn’t.”  I became a statistic in that moment. I know what it’s like to have a big strong man standing behind me with his arm pressed against my throat and not be able to breathe or get free. And to finally get a scream out. The police were little help. I continued to live with him for 6 months following because I didn’t know what to do. Or how to do. It was out of character. It wouldn’t happen again. Things we tell ourselves. (Check out Bev Gooden’s hashtag “Why I Stayed” on Twitter.) Trauma. I got sick then, very sick. I wouldn’t stop (menstrual) bleeding. My body’s response to the trauma. Eventually I threw him out. My cat died, my beloved, nearly a year after the attack. From December to December. See? THAT is what I’m talking about. When you survive someone trying to kill you. And your cat dies. There are other gross details from 2015 but I’ll spare you. It’s enough for now.

Feelings and memories arise when we’re ready to deal with them. The come and go like boats.

But I wanted to write to you about sex, not violence. I wanted to write about the kind of sex you are supposed to be having now – with the North Node and Jupiter in Virgo. Self-posssed sex. The sex YOU want to have. Not drugged out denial South Node Pisces sex but Virgin sex. As in: nobody owns you. You own you. Now is not the time to merge.

PS By the way, I’ve written about these things before – on the blog – although maybe not this explicitly and maybe not all in one place.

-+*A little night reading (or whenever you, reader, are reading this) That maybe nothing can fill the emptiness you feel. The point […] 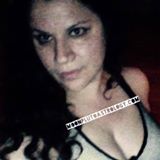 One thought on “To Build A Home: Saturn Through The Fourth House”