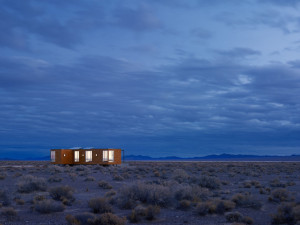 I track my life through the transits. Ever since I learned astrology, I’ve done this.

We are currently in the final days, final seconds really of the Venus & Mars class.

I had planned for it to end now but interestingly I feel it ended on its own. It didn’t need a push. It became done.

We are chatting a little in there still and I’m around this week if folks have questions or thoughts or poems.

I had drawn cards at the start and drew cards for everyone this morning, for where they are now, for what they need to know now. I drew the Death card for myself (thanks Tarot!) and then the King of Wands.

Update: I left New York City with very little and already have plenty to putter with. Virgo Moon, folks! I set up a home I knew would be temporary. Well, I didn’t know 100% but was pretty sure. I left room open in January. I left the thought open that I could stay here but just as the class ended “on its own,” in a natural way, without forcing it, I also realized I wouldn’t be making my home here (in Middle of Nowhere, Nowhere) long term. But I had to release myself from the question before understanding this. It’s a good technique. Leave it alone and the answer will come.

January was to land. February was to build. March, to leave. Separation. Initiation. Return. The Heroine’s Journey. But to where do I return? Soon the stories shall tell themselves….

Capricorn Moon today —
Oh the Capricorns I know do not stop working, even when they stop working!!!
We get a taste of this today, a taste of ambition and worry and integrity. Does this sound like you? Even if you aren’t a Capricorn Sun (or Rising or Moon) you may have a strong Saturn in your chart.
Otherwise we have this funny (not so funny) Venus Jupiter inconjunct today and a Venus Mars square tomorrow. Venus isn’t unhappy so much as… confused. See, she usually wants to make everyone happy. Venus is a People Pleaser. Less so in Aquarius. The inconjunct to Jupiter makes her clumsy. The wrong move at the wrong time (or so it seems) and the square to Mars is fickle, which Mars in Scorpio interprets as betrayal. Oops!
I wouldn’t get married today. I wouldn’t get married tomorrow. And I definitely wouldn’t get married this weekend, but we’ll talk more about the weekend as it gets close.

*
The Weekend. I do not like the weekend, my friends. Why? Because the Sun is square Saturn. The Sun is… who you are (and we humans tend to feel a bit fragile and vulnerable at times about this WHO WE ARE business) and Saturn is strict and stern and the Teacher. Saturn is not Jupiter. Saturn is not Venus. Saturn is not “nice,” but Saturn is real. Saturn is that friend who is a little awkward, a little thoughtless, a little dumb (meaning, not always well mannered, like Venus) but is COMMITTED TO YOUR EXISTENCE, committed to your survival and well being. Saturn is committed to you.

A Sun Saturn square is also committed to you but is not pretty, not nice, and may make you feel a little sick, that you’re not on the right track, not at all. That there’s something wrong with YOU. But this is a misunderstanding. This isn’t about Right and Wrong. But there is a question being asked between your Pisces House and your Sagittarius House and this is not the weekend for the answer. I recommend you do what I advised above. Let the question go for the moment. Try not to internalize harsh Saturn but instead stay open to the lesson. Because there will be a lesson. Take notes.

Today, besides work, I am organizing my notes and my notebooks. It hasn’t even been three full months and already I’ve accumulated notes, words, paper, pens, plans and truth is in the last week or so I have gotten organized about next steps. It’s more clear to me (and I did let questions go) but still the notebooks and the notes need containing before they rise up…

Ah. Someone just wrote this in the Venus & Mars class. Feels appropriate to the Sun Saturn square:

” I always keep your words in my head, “Don’t skip steps.” I constantly feel this urge to move forward without building my strong foundation. I need to find that full quote of yours again…I saved it somewhere!”

I also like this quote because it proves that I’m alive. Know what I mean? I said something and someone remembered and quoted it back to me. I’m alive. And I’m also a Cancer Sun, Mercury, Mars through and through. Sentimental. I can get sentimental about a bottle of water if there’s a memory attached…

But this “proving that I’m alive” thing — THAT is the Sun Saturn square as well. The Sun is you, your life. Saturn is the proof (reality, evidence) and the square is the challenge.

P.S. She found the full quote. Most likely from a blog post.

“Moral of the story: your fear makes you want to skip steps. Don’t skip steps. Because what needs to happen, to break through this… tundra is…. it’s bigger and better than all the fantasy and all the avoidance and all the stories. It is your life.”

-+*Something about diners comforts me. No matter what city I’m in. It’s a childhood thing maybe — I grew up in Miami, […]

-+*Note to Subscribers: I sent out an email this morning with a URL for a Tumblr for the Private Blog — because […]