Hi. It’s been a while. How are you? I know I don’t blog so much anymore and every time I come back here, I say the same thing! But I felt like it tonight, and also to remind you, and me, that we’re both still alive. We’re here.

So in case you hadn’t heard, next week is pretty extraordinary. It’s a Full Moon AND Mercury changes signs AND we have THE Venus Mars conjunction and Venus and Mars will be traveling pretty close together not just as they finish up their time in Capricorn but into Aquarius as well.  And if you’re wondering: is that all? Is that enough? No, it’s not all and no it’s not enough. We also have the show stopping Jupiter Uranus conjunction which I talked about a bit on the pod today (sorry about the scratching the sound).

I’m sitting here thinking about what it all means. We have quiet weeks and we have loud weeks. This is one of those loud weeks. It’s a lot over just a few days AND THEN the Sun also changes signs this week, from Aquarius into Pisces. You might feel tired. You might feel worn out. You might be wondering: what the hell? Because it’s just so much. On the other hand, you might feel better than you have in a long time.

Let me break it down in pieces: Mercury is on his way out of hell (away away from Pluto). We feel lighter and smarter for this.

Venus Mars is passion and intensity no matter the sign. Jupiter Uranus is magic, is spiritual awakening, is something you can’t even imagine because it hasn’t happened yet. It’s crazy luck. I’m sitting here trying to wrap my head around it. Jupiter in PISCES, Uranus in TAURUS. Water and earth. This is about as fertile as it gets.

Thinking about this further: Sun in Pisces, Jupiter in Pisces, South Node in Scorpio. Uranus in Taurus, North Node in Taurus. AND THEN THERE’S SATURN IN AQUARIUS, slowing us down, making us wait. It’s a hard edge to the soft and sloppy water earth world we find ourselves in these days. Saturn wants us to think it over.

It’s just one week. One week out of one year. But it’s a special one. Again, I keep rolling over this astrology in my mind: Mercury in Aquarius. Full Moon in Leo. Venus conjunct Mars. Jupiter sextile Uranus. Sun into Pisces. Lord, what do you want from us? What do you want? Under a sky like this?

My guides are saying: watch and listen. You’ll see. I think they say this a lot. OH and like I was saying on the pod today about Jupiter Uranus: it won’t be subtle. If it’s gonna show up in your life, it will be obvious. Neither of those planets is any good at hiding. Doors close. Doors open. If you could have anything, what would it be? 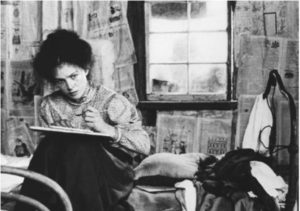 -+*I don’t know what to tell you about Chiron. I mean, something that would be interesting to me and to you. All […] 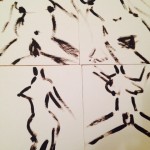 -+*We’re being tested. That’s what the Mutable Cross feels like to me: Venus in Gemini, Mars in Virgo, Neptune in Pisces, and […]