Could I possibly have anything more to say about Venus Retrograde and the Venus Pluto conjunction?

Probably. I got one more cut to make. Just watch me. Stay tuned for that news in the new year. And I know you’ve got your own cuts to make. Who and what will and won’t make it with you into 2022. Venus Retrograde conjunct Pluto is just that: the Great Cut. Fear not. Be not ashamed. Touch the sky. You’re in good with your guides.

I’m finishing up some frantic music listening in my big headphones and then I’ll head back to the Patreon and make another audio. Yes, I’m behind but catching up this weekend and I will catch up this weekend just in time for Jupiter into Pisces next week but as for Venus Retrograde conjunct Pluto let me add this one more thing (until the next more thing):

Venus Retrograde conjunct Pluto means more than ONE thing in your chart. On the one hand, it’s a death. On the other hand, it’s a life. Every house on the wheel has multiple meanings and it’s up to you to study your chart and know where you’re bleeding out and where you’re saving up crop for next winter.

And let me tell you this: gonna be fireworks of one kind or another when Venus goes direct and you’re gonna thank Fate/God/Your Lucky Stars for the tribulation and the crossing and the uncrossing  because it led you right here. 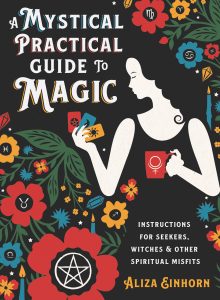 -+*No one could ever be happy with surface only, right? Happy with eyeshadow? Besides the fact that I don’t give a fuck […]

-+*It’s been a long time since I’ve loved someone. My love got stabbed in the heart and it died. Most of the […]

-+*We are under VENUS SQUARE SATURN (and Mars) and I’ve got clients who are dealing with this by transit. And I have […]