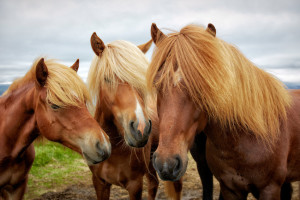 The Sagittarius that I have known (in real life) have these two things in common: friendliness and beliefs.

And what I mean by beliefs is that they… believe things! They are always believing things. God is like this and not that and here I will explain it to you. Republicans are this and not that. This is the truth; this is not the truth. This is the way it is. And, romantically speaking, when a Sagittarius asks you about your religion, it doesn’t necessarily mean that he (or she) wants a date or that he (or she) is interested in you. It does mean they like knowing stuff about the world, new stuff!

When I was in junior high, my Sag best friend and I would stay on the phone for hours and hours (the Sag is often a talkative beast). We were both sick a lot, both home a lot. We would watch soap operas and stay on the phone, talking during the commercials. We never would have become friends had she not pursued me.

In my 30s, I was working at a somewhat service job I hated and I was grumbling out loud something or other and it was a Sagittarius woman who responded to my grumblings and then invited me for dinner. Friendly, open and often with planets in Scorpio the Sagittarius, to me, is nearly ideal and I think they think so too although unlike Leo and Aries, they  know the world doesn’t revolve around them 😉 because lord knows the poor need food and the Republicans need shaming 😉

Most important: it was a Sagittarius who saw in me… qualities, possibilities that no one else had ever seen. Sagittarius sees the truth.

Are you a Sag-lover? Why or why not?

-+*Writing this blog for all because we are in transition. The Death card. This is the end of the first month of […]

6 thoughts on “What I Love Most About Sagittarius”