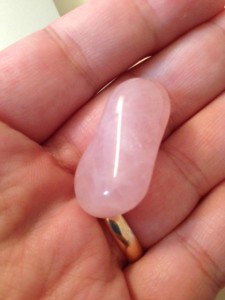 Uranus is squaring my Sun.

Saturn is trining my Sun (again). It’s one degree off.

I remembered this today, wondering why I felt so… stable. Stuck sometimes. Most of the transits that I’m under are transits of movement and restlessness but for the time being, this trine is keeping things together.

Saturn builds. Uranus breaks. So the question becomes: what is being fortified and strengthened vs. what is being liberated, awakened. Are you having similar transits?

Some keywords from Isabel Hickey:

How to do both? How to live with these two transits in one body, one life? And it’s not just those. I’ve got other ones too. All the slow-movers are affecting personal planets of mine, or my angles. All hands on deck. Plus knowing that the Uranus transit will be in affect much longer than the Saturn trine.

What is the highest manifestation of a Uranus transit?

Robert Hand says: “Don’t suppress the energy of Uranus, deal with it.”

What I’m feeling so far, if you are under a similar transit: those things that hold you back, that you think are holding you back, break through them. Break free. And I don’t mean in self-destructive ways (because of course that would be “bad” Uranus ha!) but true liberation from what is wrong in your life.

And this: are you strong enough to keep what you want to keep, despite the rebel within.

And to KNOW what is worth keeping. Using that Uranian intuition to KNOW. Not to just… run. Because your body tells you RUN.

I was just listening to one of my current favorite songs, wishing I could jog again but I know I shouldn’t. My knees aren’t great and recently had an injury and… jogging is just not something that suits my body. But I heard this song and I wished for the treadmill 🙂 not even the open road but the machine (which feels more like Uranus to me than the open road).

So I’ll be searching for ways, blogging through this hopefully, sharing the changes and revelations.

**
Info about Astrology/Tarot readings is here

New Beliefnet post is here! About the Sun entering Cancer this week!

-+*It’s kind of a technical topic but an important one! What happens when a planet changes SIGN but doesn’t change HOUSE — […]

-+*Fuck off, Mother’s Day. And in other news 🙂 Jupiter goes direct tomorrow. THIS IS A REALLY BIG DEAL. Fuck off because […]

-+*All my books are packed up in boxes (getting ready to move), but I remember reading in… was it Isabel Hickey? That […]