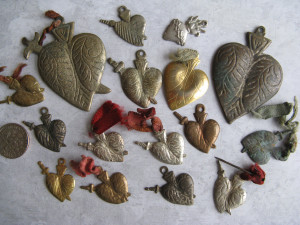 Not that I start relationships thinking that, but I realize it later. And although I talk somewhat about my personal life on here, the main stuff I keep private, like whether I’m actually in a relationship and how long it’s been going on. Private!

On Facebook this morning I was asking people their thoughts on Venus retrograde in the natal chart, never feeling happy with the “it’s about your past lives” answer even though I have felt that with certain clients absolutely and I do believe in reincarnation. But sometimes it just seems too easy to say it. Could one say that love is more challenging for them? More challenging than a direct Venus in a grand cross, for example? Hmm.

I was having a long lunch with an astrology buddy last week and she was comparing her Venus retrograde to my Venus South Node conjunction, figuring they operated similarly. We got issues but hey, who here doesn’t have a Venus issue? (Feel free to tell us in the comments!)

And aren’t our entire charts past life issues? Think about it. You slid out of your mother’s womb at a precise moment but before that precise moment… where were you? We know where your body was, but was your soul elsewhere? Or in *that* body?

And what about your Venus squares? Are they this life? Or that life? Or ALL the lives? And you’ve come here to stitch up those squares and make a dress!

“Not knowing” is also valid. And so is stilling still. And not doing. And confusion. Moving forward: is it an illusion?

It’s not that retrograde planets are “less strong,” it’s that they are.. different than we expect them to be (and maybe it’s us and our expectations that are the problem) and there are many ways to be different (and wicked, sang Maria McKee) and the soul of your differentness is unique, has its own shape, color, texture, form, beating heart.

What are your thoughts on Venus rx?

-+*The Sun truly is in Virgo. Virgo is the worker bee. There weren’t enough hours in the day today. I’ve been running […]

-+*There’s a certain type of potential partner who gives you… “just enough” to keep you interested. Or semi-interested. The rest is your […]

One thought on “Venus Retrograde In The Natal Chart”