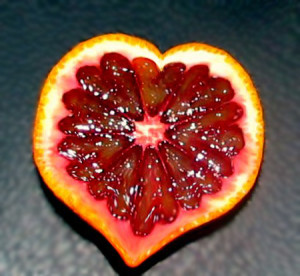 I am going to create some “releasing” rituals in the coming days. There are some people, places, things that I want, need, will let go of. It’s long overdue. It’s time.

And New Moons are not really considered “releasing” Moons but you know I like to switch it up 🙂 Intentions on the Full Moons and now releasing on the New Moon.

Have you ever stuck so long with something that it’s made you sick? Or stuck? I think I’m finally ready but I need a little boost. And I want it to encompass more than the one thing I have in mind. It will be magic. It will have more than one part to it. Just like the love-releasing ritual that I did a couple years ago…

You know what? I will begin tomorrow evening.

What do you want to leave behind? A bad self-image? A crappy boyfriend? An old way of thinking. A job. Any feeling of stuckness or sickness or misery or frustration or hopelessness or jealousy or manipulation.

According to my book here, the Moon will be Void of Course tomorrow evening but I’ll consider it a practice run and anyway void of course Moons ARE good for psychic work and dream work.

So tomorrow is the BEGINNING. Venus enter Cancer in the morning and that’s good too. It represents the energy shift. From unable to decide Gemini to commitment Cancer. And this was, actually, exactly what I predicted would happen. That I wouldn’t know ANYTHING for sure until Venus left Gemini. Well, now I know. I know as much as I ever will. Time for action, which, for me, means intention and ritual.

Wednesday brings us Mercury going direct and the Moon in Taurus. You can do it. Taurus doesn’t let anything stand in its way.

Step one: tomorrow night, between 6 and 8 PM, and your homework is to visualize and what you visualize is up to you. I’m not going to plan it now. I’m not going to have something in mind but I will dedicate my meditation to releasing. There really is no better word. I have to release this hope, this dream, this idea, fantasy that I had. I am not giving up on the idea itself. But the way I’ve been framing it… that’s what has to go. Because it’s false. It’s a creation. My job is to create works of art, not people 😉

This is what I’m thinking: a different ritual or intention each night of the week, for a week, ending next Tuesday when the Moon is in Cancer. Then I’ll sit with the energy until the New Moon and then for the  New Moon… plan something special. Perfect.

-+*The Moon in Scorpio is conjunct Mars now. Almost there 😉 Raw power in the sign of your changing. This also feels […]

-+*Passion is a plane. It needs, wants to land. What happens when a Moon Pluto person (me, in this example) cannot land, […]

-+*I lay down to take a nap — before moving on to the next thing. I have this freedom being self-employed. Not […]

-+*My 50 Shades of Grey posts, as well as my wanting to advertise myself as a kink-friendly Astrologer (i.e. non judgmental) created […]