Almost 5pm, New York City time, and the rain is starting, and the leaves on the tree outside my window are blowing. I was outside just a few minutes ago, for a Marlboro Red, which I didn’t finish. In addition to bread, peanut butter, batteries, radio, flashlight… cigarettes are *not* optional.

And here’s some good news: my Taurus out-of-town roommate saved the day again. She has a habit (unbeknownst to her?) of saving the day, of saving lives. I bought a brand new radio yesterday. Didn’t work. She emailed today and said she had a little transistor in her room. I thought she meant the one on her desk, which I had already tried. She told me where to look in her room to find the other one, but, fellow stargazers, my roommate has a Virgo Moon and she’s one of those messy Virgo Moons. I gave up before I started. Poked around a few places. She tried to direct me. I went off to do something else, to fill up little tubs with water.

And then I went back to her room and I thought about Remote Viewing which I know NOTHING about (except what I’ve heard on an occasional episode of Coast to Coast) and I thought to myself: Self, if I knew how to do Remote Viewing, how would I do it? How would I find this radio? And then I began to look on her desk again… but you see… I was expecting something BIGGER than what I found. What I found was… the size of my cell phone! That was how I missed it the first time! Didn’t know what I was looking for. I held my breath as I put in the new batteries… and as a hoarding Taurus, of course she had many many batteries, THE RIGHT SIZE BATTERY for this tiny radio. AND IT WORKED.

After three different radios, new and old, in this apartment, that didn’t work: FINALLY!

So if, when, I lose power, I’ll still be connected. What will they be able to tell me though? It’s raining? It’s windy? It sucks? No shit. I’m grateful though, really grateful.

Once again, all hail the earth signs: Taurus, Virgo… and I’m sure she’s got some Capricorn-something somewhere in her chart. Oh yeah, North Node in the 10th House. But it’s the Taurus in her that holds onto stuff (hoarding shhh) and the Virgo in her that keeps it organized, even if only by a system she can understand.

I’ve got one grey cat eyes closed beside me. The orange cat: probably in the kitchen. The black and white: in roommate’s room I think. There is peace in Brooklyn. For the moment.

I’ll be back, hopefully. Gonna go fill up some more vessels with water.

Contact Me to talk about your chart! (After Hurricane Irene) 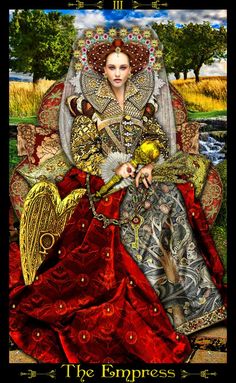 -+*Tomorrow Venus enters Scorpio but what I want to talk about is Saturday and Sunday and how ENOUGH it is, which is […]

-+*I was dog sitting this weekend and last night slept in the master bedroom, in the big bed, which I hadn’t done […]

-+*Do you want a new adventure? I do. Was talking last night to an old high school friend who lives across the […]

2 thoughts on “Update: Hurricane Irene And The Taurus Who Saved The Day”