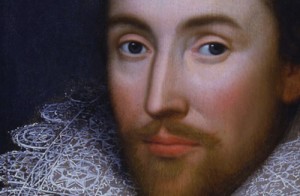 The Sun is in Cancer but everything else isn’t.

The Moon is in Air. Mercury in Fire. Mars and Venus in Air.

What do you make of this sky? Do you feel comforted?  The Sun in Cancer, the mother, is supposed to comfort us!

The Moon trines Saturn tomorrow morning, an aspect I have in my natal chart: if you are feeling overwhelmed, if a fire and air sky doesn’t suit you,  this aspect can help you structure your feelings. Think your way through it. Be social. Don’t drown. 🙂

My birthday is in a few days–

And then my phone rang, interrupting this blog post. Actually it wasn’t the phone it was the “ding” which signifies an email arriving and I thought it was going to be the client who I’m in the middle of a reading with but no!

The email was from a theatre director who I’ve worked with twice before, and she was writing to ask me if her company/acting troupe could produce a play of mine, the first full-length I’d ever written, the subject matter being a tumultuous love triangle. A bare bones production in the fall leading to a full production in the future.

When Saturn entered my 2nd House I STOPPED ALL creative activity except that which would increase my income. I’d struggled for so long between 1. trying to make a living and 2. my artistic life/writing life and they were never the same thing. I had to make a choice.

With my blog I decided to combine the two: my writing and my love for astrology and doing readings. But I gave up writing plays in the meantime.

Lately I’d been looking at my transits and wondering what would “show up.” Jupiter trine Uranus is FAMOUS for out of the blue good stuff and you are supposed to say YES, not hem and haw like a Virgo Rising 😉

So I’m happy to announce to y’all that I just received my first birthday present, courtesy Jupiter in Gemini trine my Uranus in Libra.

Don’t worry. I won’t stop blogging or doing readings, but it looks like I’m heading back to the theatre this summer and fall. It’s a big deal to me and something I would not have predicted, which is very Jupiter Uranus 🙂

And I just realized something else: the Full Moon was in my 5th House of creativity and creative projects. Something coming to light, to fruition. And it took TIME. Saturn rules my 5th House. Moon was conjunct Pluto. This play is a few years old and it will be back from the dead.

So that’s my good news but I want to share it with you. Really share it. Pema Chodron teaches a practice called tonglen and part of this practice is that when something good happens to you, that you send it out. And I want to do that now. This good feeling that was just given to me, that I pray you too will have a good feeling today. Sometimes I feel like I can’t move forward without taking everyone with me, which isn’t possible. But energy is alive so… here.

Have a cookie for the Sun in Cancer, under the air and fire sky.

-+*I keep sneaking up on the future. Trying to. Hoping I get a sneak peek into what’s next. And mostly I mean […]

-+*Libras have had enough! Saturn has been transiting their sign and finally is on his way out! Mars enters Libra on July […]

11 thoughts on “The Stars Today: Out Of The Blue For You Too”