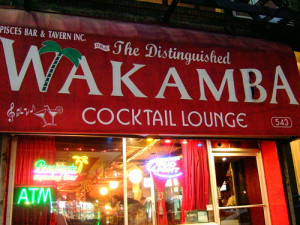 The Moon is in Pisces all day today. It’s Friday afternoon in the Big City 🙂

Late tonight the Moon will sextile Pluto. If you are awake or can’t sleep, it’s a good time for an art project. Perhaps begin working on one of those rituals I was talking about in my Tarot post earlier today. Moon and Pluto together are, of course, intense emotions. Pluto intensifies what it touches and the Moon is your mood, feelings, what makes you feel better. The Moon is also your Mom and women in general (in your natal).

Moon sextile Pluto can make you dramatically feel better if you do that THING. And do that thing in a feminine way 🙂

Saturday: Moon in Pisces all day and the Moon squares Jupiter early in the morning while many New Yorkers are still sleeping. Moon square Jupiter is a good mood although you may overreach or appear a bit manic to the cat who woke you up for an early morning breakfast.

Sunday: the Moon goes Void of Course in Pisces in the middle of the afternoon and then enters Aries at around 5pm and the Moon trines Mercury retrograde in the evening, a pleasant fleeting aspect, good for good company.

Now speaking of Mercury Retrograde, he stations direct on the 8th, Wednesday. Some astrologers believer it’s full speed ahead from there on i.e. that the retrograde is officially over and then some prefer to wait until Mercury is out of his shadow before, say, buying a new cell phone or signing a contract. I say use your past experience as your guide in this matter.

I predict a smooth and gentle weekend for the bulk of you, as well as some of you receiving interesting good news. Please let us know in the comments if you do!

Looking ahead to next week: Venus enters Cancer on Tuesday! Mercury goes direct on Wednesday. Venus trines Neptune (sweet!) on Thursday. And then all along it’s building. What’s building? I blogged about this already: Venus dipping into the Pluto Uranus square. She squares Uranus, opposes Pluto and generally bats her silky eyelashes at the big bad boys. I smell a kiss of death but we shall see. That smell may just be… the smell of something burning not dying. Venus in Cancer forgot to watch the stove perhaps. Possible for you to reach higher ground and maturity and wisdom around this aspect but… yeah… we shall see 🙂 Just be aware.

Venus Pluto = power struggle! Venus Uranus? FAST. And exciting. It may feel GREAT to walk away and then you may regret it the next day. Patience, my friend, patience.

Mars conjuncts Saturn in Libra on THE SAME DAY Venus opposes Pluto. Here’s the link to my previous post about this.

My Facebook page has been more active than the comments lately. Stop by and join the conversation 🙂