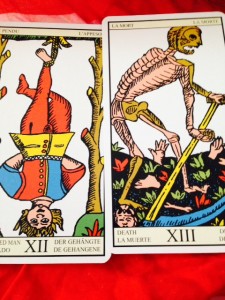 Saturn went direct just a few minutes ago 🙂 What does this mean for you? Saturn is at 16 Scorpio now.

Do you have any transits to look forward to? I’ll get trines and sextiles but also my Saturn opposition (again) and Saturn square Venus.

How I feel about Saturn retrograde in general: increased delays. Lethargy. Projects don’t get off the ground. They can begin but they don’t crystallize and they sure as hell don’t finish. A drowning feeling. We can’t build the way we want. We get lost. Saturn goes direct AND YOU CAN BE CERTAIN AGAIN. You can be certain of the truth. Your spidey senses are NOT wrong and were never wrong but you couldn’t trust the intelligence as solid.

Monday:
Uranus goes retrograde. The upheaval that got you to NOW, this moment, relaxes. You can settle in, settle down. For a spell. Count on nothing. Things will change again. Next time you’ll be ready. Well, more ready. But right now is NOT the Tower. This is after the Tower.

Tuesday:
Sun enters Leo. Can you believe it?? Already! Leos are known for their PRIDE and gift giving 🙂 and luxurious manes (among other things). They have generous baritone hearts. Shower the people with love.

This day is more good than bad for sure. In terms of how YOU will feel. Sun Jupiter in LEO is cocky but with good reason! I think you’ll feel pretty inspired, especially if you do any kind of creative work or creative thinking–

But Mercury in aspect to both Pluto and Uranus (and Saturn) tells me to tell you: speak softly and put the big stick down.

The Moon in Cancer makes it worse. Let me think of how to put this: there will be stargazing dreamers in your midst, making promises. Believe them at your own risk. You have three possible paths before you. The Pluto path. The Uranus path. The Saturn path. And I think it is FINE to let them show you what they got. But choose nothing. Mars is STILL in Libra on this day. Choose nothing. Fence-sit.

Friday:
MARS ENTERS SCORPIO (yes you DO hear the sound of trumpets!) Since December 2013 Mars has been in Libra. It makes me want to cry. Now you can get off the fence. NOW you can choose. What will it be? Pluto, Uranus, or Saturn?

You’ve known since Mars entered Libra, if not before, but now you can swiftly proceed.

In the class I will be discussing TEN KEYS FOR WORKING WITH FIRE.

You must master this energy — so as not to be consumed by it. Where you have fire in your chart (natal or transit) is where you can create. And destroy.

I was googling FIRE this morning just to see the first thing that would come up and I discovered this gem:

FIRE IS THE TRANSFORMER. It converts the energy of other objects into other forms — heat, light, ash, and smoke. (from thewhitegoddess.co)

There is still room, if you want to join us, and join this energy with your own for two weeks (and possibly a few more days — sometimes classes run long) starting this Wednesday.

My classes happen on Facebook in a secret group. You show up when you want, participate (or not) when you want. $100 by PayPal

Got questions? Message me! moonpluto@gmail

-+*Writing this blog for all because we are in transition. The Death card. This is the end of the first month of […]

-+*So, how are you feeling as the Capricorn Moon approaches fullness? Do you feel full? Overworked? Tired? Perfectly happy? Sane or insane? […]

-+*It’s a beautiful day in the Big City. I hope everyone is well. This morning I’ve got some cat sitting to do […]