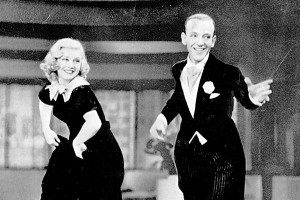 Sometimes I think Synastry is irrelevant.

Synastry to put it simply is comparing two (or more!) birth charts. And the idea that you can have great synastry with someone and the relationship can still fail. I hate that.

But I understand why we look and why we need to understand and also the compulsion to look for past-life connection!

Sometimes you get along with someone and if the synastry on the surface doesn’t look so great, it forces you to look deeper. I mean, it isn’t just Mars Venus trines or Sun Moon conjunctions that stir the heart or um other parts.

In my recent past, I was romantically attached to a certain gentleman and our synastry included a massive Cancer pile-up on his Ascendent (I have Sun, Mercury, and Mars in the sign) and we also had squares and other friction. The math was good. Good charts are not enough though. Good people need to be similarly motivated.

Some astrologers believe that ANY contact between planets in two charts IS a good thing i.e. they are talking to each other, involved with each other, even tensely. I’m not sure if I agree. And I’m not saying that I won’t do synastry charts. I can and I do and I like it but I think the more important questions are:

Do you want what he/she wants?

Are you willing to get it? How/when/where? Is the timeframe the same for each of you?

I’m also a firm believer in strong mutual attraction/chemistry which is not about the surface appearance. Of course there is more to this topic, but this will get us started 🙂

Question for you: have you had or do you have a long-lasting relationship with someone whose chart does *not* complement yours in the “obvious” ways?

Tell us in the comments!

-+*Readers want to be accurate. Doesn’t matter what kind you do, what your tools are. You can’t know it all. Still, you want […]

8 thoughts on “Synastry: Does It Matter?”