I was telling someone on Twitter that I felt self-conscious on my blog lately, my posts tending to be extra rambly but even before I said that she mentioned she’d been enjoying my posts lately so for some people, I’m doing something right 🙂

Mercury entered Taurus today and I wonder if this will unramble my upcoming blog posts and make them more firm! Mercury is the mind. Let’s see…

On the way home tonight, on the subway, a young man was singing and dancing around the train. He was a little bit confrontational but made sure to mention that he wasn’t crazy. Just having fun. Eventually he sat down and lit up a joint, puff puff puffing away. For years I’ve wondered if pot is actually legal in Brooklyn.

This guy looked like Taurus but the stocky variety. And he was all Venusy, doing a little gyration around the metal subway poles.

He didn’t seem or feel dangerous but you never know. Whenever there is a freaky person on the train, if I feel something truly “off” I switch cars or get off the train entirely sometimes. This guy just seemed mellow, high, and puffy silly.

Still, I scanned the car for men. Big men. Strong men. Solid Taurus Men who could take him down if he proved to be a problem. No such luck. Mostly women except for one young guy across from me. I checked him out. Yeah. This guy and all us chicks could take Mr. Puffy Silly down if need be.

Me and young guy were trying to keep from laughing. Sometimes that happens. Some lunatics on the train are so hilarious but God forbid they see you laugh — they will come up to you and want to make friends. Young guy smiling at me behind his Ray Bans. Typical New York City Subway Moment. Strangers on a train.

When I think of Taurus, I think of the Taurus that I know rather than theory.

They can indeed stay stuck in patterns for YEARS and they can talk about the past to rival any Cancer, as though it were yesterday.

They make good friends. They need people. Don’t befriend a Taurus unless you plan to be present for them. They are sensitive.

The ones I know are also obsessed by beauty. And no matter how fucked up a Taurus may be (and any human of any Sun Sign can be or become fucked up) there is still a dependable core inside them.

Here’s a question for the Taurus or Taurus-lovers out there: how lazy are they really? One Taurus friend of mine swears by her laziness. But I wonder if you’ve noticed this across the board. Thoughts?

Would Taurus rather laze and loaf more than any other sign? Do some Taurus resent this stereotype?

Yes, I will be doing Mini-Readings (or my usual longer ones) for the New Moon Solar Eclipse! Late Taurus/Early Gemini very important!

-+*I have a friend who bemoans his natal Jupiter in the 12th House. I remind him that the “textbooks” call it the […] 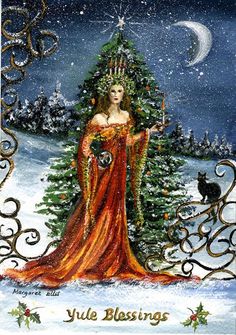 -+*The Sun today is at 5 degrees Scorpio. Question: what ritual did you perform to enter Scorpio Season?  What offering did you […]

6 thoughts on “Strangers On A Train: Mercury In Taurus”