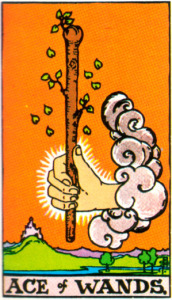 For information about my Private Blog please look here. It’s where I’m posting most of my writing these days.

*
An overview of aspects:

Mars conjunct Pluto in Capricorn on Monday (plus Moon in Cancer and Uranus is in Aries and the Nodes are in Libra/Aries thus a  Grand Cross in Cardinal signs.) This is painful. It may be painful today and tomorrow too, before the aspect is exact.

Mars Pluto is violence. Please don’t dismiss this. It may be emotional or psychological violence. It may not be physical. You may push this energy onto others or at yourself. And yes I believe the Pluto in Scorpio generation can handle this energy better than most but still, be cautious. Don’t play with matches. Mars is a warrior. Pluto is an atomic bomb. Ignore my warning at your own peril.

Tuesday: Mercury is trine Neptune. Moon still in Cancer. Weird, right? From the intensity of the weekend and Monday into dreamy floaty water trine, and remember, of course, that the Mercury Neptune trine is already in effect a couple days before! Mercury is also out of its shadow once its past 2 degrees Scorpio so we have this newly shadow-free Mercury trine a stationing (to go direct) Neptune under the Mars Pluto sky. You want clarity? You want to feel good? How about rage (or depression) with a side of even more emotional thanks to the Cancer Moon.

Wednesday: Moon enters loving Leo mid-day (on the East coast) which could bring some relief theoretically, depending on your chart but… it makes mostly tense aspects. Venus conjunct Saturn in Scorpio. Mars square Uranus. Mars sextile Chiron. Yeah, Moon in Leo under this sky doesn’t do us any favors. It will trine Uranus and conjoin Jupiter, but also squares Sun and Venus and Saturn in Scorpio (on Friday).

Thursday: Sun in Scorpio square Jupiter in Leo. You may feel like someone has stuck a pin in your pet lion. Or that someone wants to. That someone is no friend of yours. Low vibration Scorpio energy in our midst. 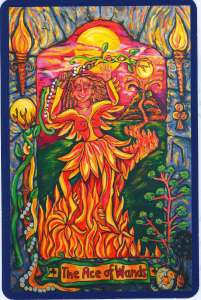 This is not a week for getting what you want i.e. NO GUARANTEES OF COOKIES AND ICE CREAM. No finessing this monster.

This doesn’t mean you WON’T achieve but… please don’t kick yourself if it doesn’t happen. That’s Thing One.

Thing Two: it’s a wicked combination of energies I feel here — because we have difficult squares (Mars Uranus) but also potentially good ones (Sun square Jupiter) and some Mercury Neptune dreamtime (i.e. what do I want to be and do?) and Neptune moves forward at 4 degrees… plus we dip our toe into Sag Season (which means Venus will trine both Uranus and Jupiter so we’ll get another Fire Trine. Remember that Mars did this not long ago. Venus is even better here.)

I would call it a piñata feeling but it’s not light and filled with candy joy. What it’s filled with is… kinda gross and old, putrified, rotten. But you have a job to do. Smash it. Smash it. SMASH IT. MARS PLUTO SAYS SMASH IT.

So that it can’t come back from the dead. Reminder: we are in Scorpio Season, witchy time, come back form the dead time. The thing you keep trying to kill keeps coming back. Do not let it (what you must destroy) become a zombie and fuck with you again. The only thing to do is SMASH IT.

And then Neptune turns and we’re supposed to believe clarity is coming because of forward motion but it’s NEPTUNE. Neptune by design is not clear. So they say.

IN DEFENSE OF NEPTUNE: Neptune is inspired. Neptune is magic. Neptune isn’t just the clouds, it’s the Sun or Moon underneath those clouds. There is clarity but we refuse!!!

You will start to feel inspired again in your Pisces House AND OMG I KNOW YOU NEED THAT. Inspired and a solution shows up when you follow Neptune’s lead, when you meditate and visualize something akin to how the Four of Wands feels.

This thing you so desperately need is coming. An end to this one particular pain so close your eyes and make a wish. SET YOUR INTENTION weeks before the New Moon in Sagittarius. Hear that? The horses?

Ace of Wands is your card. Don’t count yourself out. Not yet.

Do you want to join the class on the TAROT COURT CARDS? We start November 15th. Please email me for details moonpluto@gmail. Cost: $90. Month-long learn-at-your-own pace e-course. We will obsessively explore the Kings Queens Knights and Pages in their Elements! Lovely Obsessive Tarot Fun For All Who Join!

-+*Of course it figures. Thursday, the Moon is in Cancer and thus will oppose the Mars Pluto conjunction (which is exact on […]

-+*Hmm Hmm Hmm. Biggest news to me is the Sun entering Leo in a couple days… But besides that we have some […]

-+*Do you (or did you) feel worky today? Not wonky. Worky! The Moon is in Capricorn (late degrees now) and the Sun […]