On my Facebook page, we got into a very fun and interesting PLUTO discussion. I’m cutting and pasting some of it here since I know not everyone is on Facebook 🙂

How does a Pluto person stop getting picked on, stop “inviting” projection (by others)?

And this is sooo very tricky – because it’s IN your energy. People want a piece of you. They want to eat you up, stand in your light, like I was writing above.

Keep in mind: Pluto people also PROJECT. But they project their POWER.

And this power may be conscious or unconscious. The more unconscious it is, to the Pluto person, the more likely they will be victimized. (And I am NOT talking about blame-the-victim. I do NOT blame victims.)

It has to come to consciousness.

An example:  if Marilyn Monroe didn’t know how beautiful she was. That’s the best example I can think of right now. Sorry if it’s offensive. But, say, a beautiful girl/woman who has NO CLUE of the power that holds.

So others run roughshod over her. And USE her in various ways, doesn’t have to be just sexually.

Lower vibration Pluto is a USER. If you don’t realize your power, then people lie, take advantage, use, abuse, etc etc.

A beautiful girl who knows her power (i.e. her WORTH, her VALUE, particularly that her worth, her value is NOT physical at all) is not going to fall for some toothless married jackass who buys her a drink at the bar.

WHAT YOU DO WITH A PLUTO TRANSIT IS STAND UP FOR YOURSELF.

**
This topic came up because of some transit talk. Jupiter in Cancer squaring Uranus and opposing Pluto. And I said this: “Pluto is ruthless. And Uranus doesn’t think. Neither of them, in their raw state, has a conscience.”

And then I rambled on, warning people about psychic vampires and the like 🙂

This topic was also on my mind because a “friend” was attempting to make me feel bad about myself. But it was pure projection. I wasn’t bragging. I have no reason to brag 🙂 But was expressing satisfaction with something and apparently this triggered that person, hit a nerve, and they started lecturing me, projecting their misery all over. I realized it at the time. I countered their analysis with my own. And then later told them I thought they were full of shit. And then I really felt the pattern. How this person ALWAYS does that, did that. I started to think about our interactions over the years. It’s an odd feeling when someone outright tells you: YOU ARE THIS, YOU ARE THAT. Things that didn’t even apply to me. Things that never applied to me. Know what I mean? It was bizarre. And a wake-up call.

Anyway……….. the Jupiter/Uranus/Pluto (plus Mars in Libra) entanglement is an opportunity for you to STAND UP.

You don’t need to accept or believe others’ notions of you. YOU define you. That’s the Uranus piece here. (And it is Aquarius Season now as well). But then you need to back it up with behavior. ACTION. Mars in Libra is kinda slippery where that’s concerned. They prefer the duck and smile approach. Don’t confront head-on. Don’t show your cards. Make no mistake, Libra is as tactical as Scorpio and as dream-a-little-dream as Pisces.

Now I don’t have any personal planets in Aries OR Libra but I do have a 1st House Moon and Pluto and I’ll be damned if I’m going to wait around. I show my cards every fucking time. Does it get me what I want? Not always. But I usually know where I stand. I hate writhing around in pain. YES MY FRIENDS THIS VENUS IN THE 12TH HOUSE WITH VENUS NEPTUNE SIGNATURES WRITTEN ALL OVER HER CHART *HATES* THE WRITHE. Over that shit. Seriously. But to each their own. Libra seems to enjoy the sweet mystery and pain of THE WAIT. They love the drama. God forbid the love should be requited. Then what would they do?? 😉

MAIN POINT for the moment: Mars in Libra is a challenging transit for the compulsive action-oriented Pluto people among us (me included). These days, we are indecisive. We are forced to wait. We are exploring Venusian tactics for possibly the first time ever.

By summertime, all will be decided.

**
This morning I drew three Tarot cards in this order: The Magician, the Page of Wands, the Tower.

I saw the Magician as pure power, ability. And the Tower as its opposite, chaos, revelation. The Page of Wands is about facing fears (my fave interp): letting the Towers fall? Not trying to control EVERYTHING.

Are you a Pluto person? Enjoying Mars in Libra?

A couple folks already expressed interest in the upcoming class (starting Feb 17th). I will run it with small numbers (5 participants minimum) but I’d love to have double that.

Here are the details:

The astrological focus will be The 12th House – an exploration of!

May take weekends off, we’ll see…. And I tend to add on days if I have to miss a day (due to busy client schedule or doc appointments, etc.)

-+*What is the Jupiter in Libra reading that I am offering this August only? It is a deep look at the new […]

-+*Blog post adapted from my Facebook:  You cannot penetrate a Grand Cross. There is no way in. Land locked. Four corners bolted […] 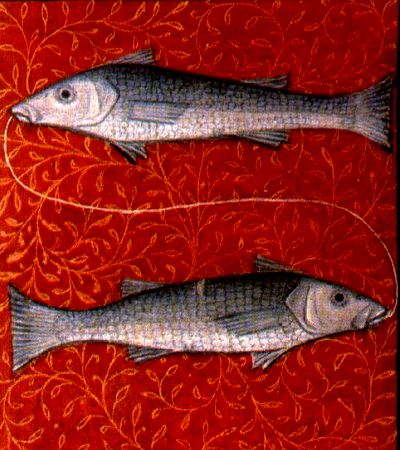 -+*I am hungry for so much. I am one of the passionate ones. And I could talk to you about Saturn going retrograde and […]

14 thoughts on “Pluto People Squirmming Under Mars In Libra”