For the Full Scoop on all my Astro thoughts and MoonPluto Feelings do become a Subscriber! Then you’ll never a miss a post. $10 a month. 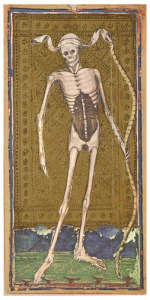 So much going on next week (the week of the 22nd) but I want to focus on Pluto going direct for the moment because I BELIEVE IT MATTERS.

And yes it is VERY particular to your chart, to the Capricorn house in YOUR chart — where transiting Pluto is. Please do not ignore this transit in favor of the shiny transits 🙂

I had a feeling — and I still believe this — that the story of the Uranus Pluto square, for you, will not be over and done — or happily ever after (however you want to look at it) until they are done squaring.

The last Uranus Pluto square is March of next year. (Before that, they square on December 14th, this year.)

Then, and only then, will you be able to wrap things up to your satisfaction. And this may be an inner state, you know? An idea. A firm decision. For some, however, it WILL be a spectacular cloud bursting event. An elemental orgasm of the spirit. DONE LIKE DINNER or a brave new world. Or both.

Have you kept tabs on this, despite all your other transits and changes? Both these planets signify upheaval.

Pluto, for me, is the Death card of the Tarot. Slow-moving inevitable change. When you know how the film ends and you don’t want to look, and yet YOU ARE LIVING IT.  I call this: THE IMPOSSIBLE. (Blogged about this yesterday on the Private Blog.)

Uranus is the Tower card (sorry Golden Dawn, I prefer Uranus over Mars for this one).

So we’ve been having these drawn out periods of supposed/possible/feels-like stability but underneath it all, at the same time, is a man on a horse setting fire to everything in his path. Fire in slow motion. And then come the little bombs and big bombs, Uranian. One part circus, one part magic show, one part End of the World.

I think my good Saturn transits have kept “it all” together for me despite any revolution. The bottom didn’t fall out. Just pieces of the top and the sides and the middle. Still painful.

September 22nd, when Pluto goes direct, is a busy day. Much will happen this day. This week. But I feel confident that Pluto moving forward puts you back where you belong.

Also, in 2015 we have Eclipses across the Aries/Libra axis once again. You cannot avoid the FREEDOM represented by your Aries house at this time. It’s just not possible. Don’t even try. And soon enough Pluto will be DONE slowing down this energy. Does this make sense? Are you nodding? The Uranus in Aries transit is THE SHIT here and it’s Pluto that has (with good reason) slowed things down and cleared the way.

When Jupiter trines Uranus next week you’ll get a taste. Maybe a small one. i say… watch for it. In the leaves. In the breeze. On the air. At weird hours. The clock strikes 4:24. 4:25. 4:26. Watch for signs, feelings, ghosts, glances. Strang birds. Watch for it. Because there is a secret written there. The secret of Uranus in Aries for you — of which some gets exposed during the Mars/Jupiter/Uranus trine as well BUT as stated at the outset here, the full story is not told, not completed until Uranus breaks out, leaving Pluto behind.

And by that time, you won’t feel bad at all.

Here for information about my Astrology and Tarot Readings. I will be re-doing this page this week although my rates are current. MERCURY IS IN ITS SHADOW. You can start redoing and reviewing anytime 🙂

-+*Have the retrogrades hit you yet? Are you feeling a little slowed down? Do you allow for this? Make time for this? […]

-+*Saturn retrograde: structures collapse. This is what I was thinking as I was on the treadmill the other day. Saturn is a […]

-+*Bummer! I haven’t been getting my notifications and there were all these comments from November. Sorry folks! I just approved them all.  […]

-+*Advice post! (Part One is here) Venus, Mars, and Jupiter are in VIRGO, the sign of the Giver of Advices Summary: USE SOUND […]