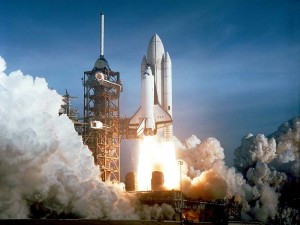 You know, I never used to pay attention much to retrograde Pluto in the birth chart.

Wasn’t thinking that it had a special meaning beyond anything the astro books could tell me.

But now, after tracking planets so intensely, since I started this blog, and for clients, and after a bit of discussion in the virtual classroom, I’ve changed my mind. It IS important.  Even though these retrograde motions are normal, are common… it matters. Because context matters. Context is the story.

This week Pluto goes direct so this means that for all of us the retrograde motion has been a stall, physically and spiritually. REALLY. It’s real. And even when the astro books talk about what the retrograde outer planets “mean” in a chart… it’s never very rich to me. Okay, the planet doesn’t act the same way. Or it’s more internal.

I view the birth chart and the transit chart as being in motion, despite your natal being your natal, forever and always. The sky was in motion as you slid out of your mother’s womb. And then it continued. Your arrival was a triumph.

So that’s one piece of homework that you can do.  Dig out your ephemeris and find out what was happening close to your birth,  how close Pluto was to going direct or forward. Where he was in his process.

Pluto is power. Pluto is your will. Pluto, lower vibration, is manipulation, abuse of power, disturbance, taking without giving, taking and then giving what no one wants, like a stomach flu. Pluto rules the bowels.

You know it’s true. If you know Pluto people, you know it’s true. Tons of Scorpio or prominent Pluto and especially a challenged Pluto. Pluto touching personal planets. Packed 8th Houses too. They KNOW hell. And they will either spread their hell to others like a disease or broil in it themselves. Or both.

And here is part of her list of the positive expression and if you say this list out loud you’ll notice how different it feels:

Take the Pluto challenge this week. Find transiting Pluto in your chart. 6 Capricorn. And commit to light and heaven and grace and transformation THERE. And FOR REAL. Not lip service. Not manipulation. Not trying to get what you want. Not control tactics. FOR REAL Real surrender. Turn the volume down on your emotional intensity. Master it. Channel it. Make ART.

Allow for others to live and breathe as they see fit. Out of the stranglehold. Out of hell. Because you strangle YOUR life as you attempt to strangle others and there is so much more.

Writing is magic. When I write here, it is magic. I mean that I am creating something or altering something — that wasn’t there before. Creation. Pluto rules death but also rebirth. So where Pluto is transiting for you now is… where you have more power than you realize. And where you will change. Will you go willingly?

-+*Are you feeling this? Are you? WOW. I am. We are not that long into Pisces Season. The Sun entered Pisces YESTERDAY […]

-+*What is the FIRST HOUSE of the astrology wheel about? Conversation in the current class as I listed where each of us […]

-+*The upcoming New Moon in Libra will be a sweet one. No cranky aspects to it. And it will trine retrograde Jupiter in Gemini […]

7 thoughts on “Out of Hell: Your Pluto, Your Power”