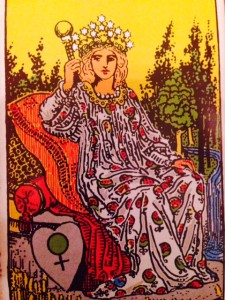 I was just on Facebook asking if folks were thinking about the New Moon in Taurus (this Sunday), were they setting intentions. See, if I don’t start thinking about it early (someone said: too early!) then I may not think about it at all. Well, not in the way I want to. I need to put it there. I need to put it present in my mind. Put it there. Leave it there. New Moon in Taurus. Which house for me and what aspects it makes and I started rolling through my mental list of common 9th House keywords (my Taurus house) and nah nah nah, that’s not it, nah nah nah, no pressure, just tuning in and then AHA! I knew what it was about. That was quick. What my New Moon in Taurus is about. 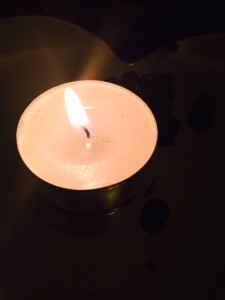 And more often than not this is how I read a New Moon — for myself or someone else — individually, personally. I have to force myself to think about TAURUS energy or VENUS energy. I make that tie-in at the end usually although people like those bigger themes. And as I type here right now I get another aha moment. It’s a solid (Taurus) start (New Moon). This is no fly-by-night opportunity. THIS has staying power. This. Ace of Pentacles comes to mind. Earth element. And the more aspects the New Moon makes to your chart, the more manifestation.

*
That feeling when you know things are gonna change. Change is gonna come. I even sometimes see 3rd/9th House transits for moves, moving. That feeling when you don’t have to do anything because change is gonna come on its own. You don’t need to push it. You’re the High Priestess here, receiving the lore. Story. And every song you hear, every song you listen to, reminds you of that thought you had, without a vision board, you didn’t need a vision board, because the vision came on its own. Your future. It was vague at first, hell it’s still vague. But it’s there. Yes you had days nights years when you thought it would never ever come. And then one day…

*
Two of Cups. I drew a card without a question but in the back of mind, yes, the New Moon in Taurus. Gosh he is carrying her, isn’t he? He is CARRYING her. But it’s not a card of sickness, no. It’s a card of HEALTH. Healing. Love.

I’m using the Tarot Illuminati deck (Google the image). Note to self: we see a very large caduceus (associated with Hermes, messenger of the Gods).

Some words from Barbara Moore (I’m loving her Tarot of the Hidden Realm deck and book):

She lets us know that this may or may not be “romantic” —  “the connection can also be between a person and a group, an idea, a project.”

Venus rules Taurus. Hmm. There is love here. There is much love.

*
Your definition of paradise? May the New Moon in Taurus bring you yours. May you be carried.

-+*Is a little like setting a table. What do you want to put there? Do you follow the rules? Do you make […]

-+*I don’t like these tests any more than you do. I pray for easy tests. The first eclipse (in the early degrees […]

-+*I’m getting that feeling again. Things are changing. The winds of change, right? April is coming. There will be a Grand Cross […]

One thought on “New Moon in Taurus: Paradise”