Here’s one version of enlightenment:

you get to the point where… you just can’t live in fear anymore. You can’t. Your entire body rebels against it.

The old you is married to the old way. But the new you is… already somewhere else.

It may start as a feeling. Or in what you say to yourself when you realize you are waking up every morning feeling at a loss. And you become enlightened in that moment i.e. you can’t live in fear anymore.

Yesterday I saw on Twitter that American poet Sharon Olds has a new book out and one link of course led to another and I found an interview with her and she quoted Adrienne Rich saying “I fear everything.”

Word. I been there. I often am there. But less so now.

Feel the fear and do it anyway. What is it that you fear?

Personally I am working on an impenetrable wall of faith in white light Source Energy (i.e. God) and I don’t mean through gritted teeth fake it ’til you make it I mean for REAL (Saturn).

When this enlightenment happens, make hay. Know it’s for real. Because the doubt will sidle up next to you, stronger than before, more potent and magical than before. And others will crowd around you saying you can’t or you shouldn’t or you aren’t meant to.

Saturn rules fear. Mars rules fearlessness. And we just had Mars square Saturn. Were you dealing with this?

Easier said than done but worth examining. Saturn in Scorpio = worth (Capricorn) examining (Scorpio).

Next week Venus will square Uranus and conjunct Pluto and also will sextile Saturn. Venus is love and Venus is money and Venus is comfort, what makes you happy, and I think you will worry, but there is, as always, an opportunity here for you.

It’s like… you’re at home, early morning, or in a diner or cafe, coffee shop, a newspaper (do people still read them?) and the smell of a cut orange, and coffee, and the sweet sun streaming in through the window, quiet morning, and you put down your paper and you know.

Yes I am doing Mini-Moons for the New Moon in Capricorn and :::click here::: for the link to my January Specials. Stay tuned for details about my Meditation Mini-Course.

-+*I’m getting that feeling again. Things are changing. The winds of change, right? April is coming. There will be a Grand Cross […]

-+*One thing you can do with this Full Moon is release negative emotions. Start NOW. Moon is in Taurus as I type […] 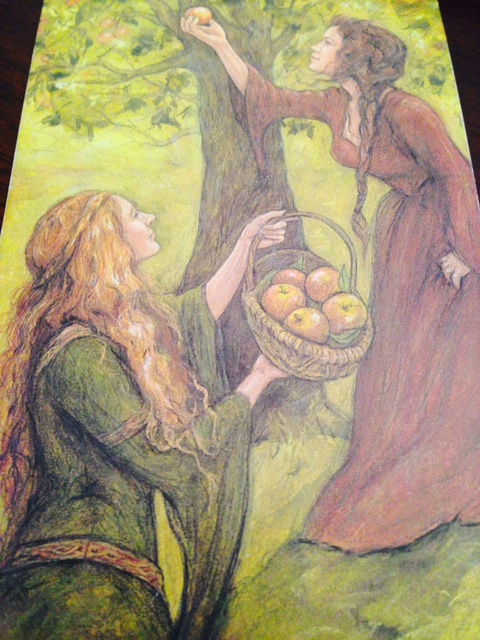 -+*The Six of Pentacles is one of THOSE cards. Are you the giver or the receiver? The beggar or the richie rich? […]

5 thoughts on “New Moon In Capricorn: Fear And Fearlessness”