Sun, New Moon, and Pluto conjunct in Capricorn — square Mars in Libra and square Uranus in Aries. Mars and Uranus in opposition. You know this story already 🙂

Capricorn opposes Cancer and thus Jupiter in Cancer. It’s a “Grand Cross” in Cardinal signs. Cardinal signs want to… do something about it. They aren’t stubborn like the fixed signs. They don’t shape shift like the mutables. They know what they want. Even Libra 😉

Cancer wants to protect. Capricorn wants to withhold. Aries wants to start fires 😉 and Libra wants everyone to sit at the table nicely, hands folded in lap.

I’m teasing. I want to make you smile. I want you to come to the table — however you are, however you feel, nice or not nice, ready or not ready for the New Year, the New Moon.

Some set intentions. Some do various Tarot of this or that sort. I did some for myself this morning. I’m doing more (by donation) for folks on Facebook today.

I suggest you take at least a minute or two or five or ten today — to sit in meditation-contemplation. To stop. To slow down. To stop. STOP.

The most remarkable thing, to me, about this New Moon is the conjunction to Pluto. All the other aspects fall away. Pluto is death and rebirth and death sucks. I do not go willingly but it comes anyway, ready or not. Birth (New Moon) + Death (Pluto) = ???

So have you found the NEW MOON IN CAPRICORN (10 degrees) in your chart yet? Have you asked yourself the question your chart is asking you? No doubt there is more than one – but I assume a shouting match (the Grand Cross) and a winner with the loudest voice. My chart was asking me this morning: is the goal in relationship to become one person. Or to remain separate.

You know what I think? I think that BECAUSE this New Moon is so damn solid and serious, we need madcap. To balance it out. To bring color to our funeral clothes.

My husband has a fondness for these… goat videos. On YouTube. People who take popular songs or other popular culture moments and splice in goat sounds and sights. For example, the chorus of a much beloved Bon Jovi song gets interrupted by the crazy goat bray. It’s bizarre to watch these things. It’s like being tickled. You laugh and feel sick at the same time.

Now a goat video may not be your thing (and I admit it’s not mine) – but BECAUSE of the strain, I believe we need foolishness. Along with our high-minded goal setting and intentional aspirations. Just to give that solid Saturn energy a playful braying nudge and also because now is all we have and lord knows I’m serious 364 days of the year. I’ve saved up this one for the goats.

Let’s pull a card for the transition —

The Page of Swords!

Ever hear me complain about how I see this guy ALL THE DAMN TIME?

Some say this Page, this Prince, is defensive, on alert, too cautious, not able or willing to get close. He could quite easily slice you in two. At worst he expects the worst. At best, he guards and protects. Sound familiar? Is this you?

What I like about him (Rider Waite deck) is we can’t even see the tip of his sword. Has he seen battle? Is it covered in shmutz? 😉

The sword has pierced the clouds, the heavens. He’s gone HIGHER. Wisdom shall rain and reign. And he’s young enough to not have felt like a failure yet. Can you return there? There was a time! His neck his long and strong. The sword is not tilted because it’s too heavy for his lean arms — it tilts because of the dance. Look how graceful he is. Ten birds in the sky above his head soar. Ten companions. The dance is serious as the Page is serious but it is a dance nonetheless. The dance of death. The New Moon Pluto in Capricorn is your emotional rebirthing. Time to get it right. And you can.

Please visit my Facebook page today! Click on the link on my homepage here. I will pull a 2014 Tarot card for you! (By donation – name your price!) 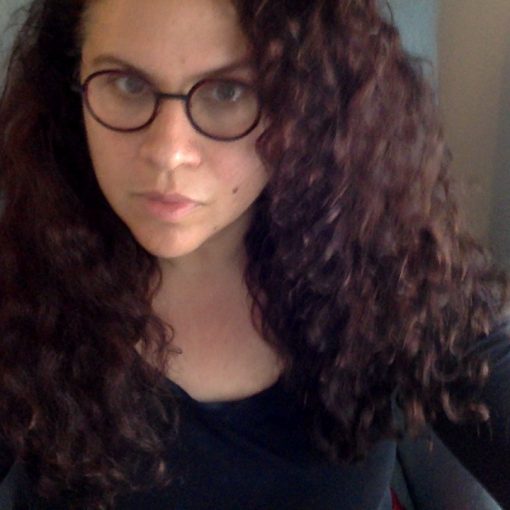 -+*I just deleted a bunch of stuff from this blog post. The entire first paragraph! It was about a certain Scorpio. I […]

-+*Very interesting. In the same week we have Venus sextile Saturn and Venus opposing Neptune. This could be your love(life). This could […]

-+*I dunno ’bout you but I feel relieved. I wasn’t paying much attention to the Stars over the weekend. I was dog […]