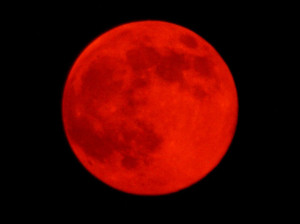 Some terrific clients have found me there but I’ve also made friends. I follow great news feeds too so it’s my first news source, faster than anything else.

And just now having a cute conversation about someone’s Moon in Sagittarius in the 4th House.

Now, Sagittarius and Cancer (i.e. the Moon) inconjunct on the natural zodiac wheel. It’s an uneasy partnership thus the Sagittarius Moon in such a house may not be too sure what to do with all those FEELINGS.

After all, Sag Moon doesn’t feeeeeeeeeeeeel like a Cancer feels, right? Well, with a 4th House flavor, some of that leaks in. (Another issue is that Jupiter is exalted in Cancer but we’ll save that topic for another time!)

And I said: his Moon needs nurturing! Which he was quick to deny 😉 With a hard aspect to Saturn, as well, this is even more so although he likely will reject it. Moon Saturn people can feel like they deserve Saturn’s cold shoulder and they may laugh it off. But then something goes missing. Tears of a clown.

Make sure to pay attention to this – not just to your Moon sign and its aspects, but also to the house it’s in because that adds another step to who you are and what you NEED.

My Moon is in the 1st House, which belongs to Aries. I may assert my needs like an Aries and intensely (Moon conjunct Pluto) but because the Moon is in Virgo, I wobble and worry about asserting and even wonder if anyone notices.

Moon in the 1st House and in the 4th House say FEED ME. It’s primal. You can do the hairsplitting if you want, codify the differences between a 1st, 4th, or even 8th House Moon. I’m going to post this. Share your thoughts in the comments.

-+*One of the women in the Creativity class suggested a wonderful ritual before the most recent New Moon. She told us to write down […]

-+*I was visiting my Cancer Sun-Aries Moon friend this afternoon. Ex-boyfriend, actually, who has been campaigning for my return. Everyone I spend […]

-+*The energy is intense out there today. We know this. And not just the Eclipse (wouldn’t that be enough?) but Mercury (communications) retrograde […]