Mercury is in his shadow period already. He will retrograde at 6 Aries and then go back to 23 Pisces.

Aries is fire. Pisces is water. You may feel an energy surge especially in your early Aries house and then need to backtrack a bit. Pisces has a hard enough time with reality as it is 😉 Imagine Pisces retrograde!

Don’t sign contracts they say. Don’t buy electronics. I’m fine with the common wisdom. A job accepted during the retrograde will have a change inside it. I’ve experienced that.

But I like to think of Mercury Retrograde as the review, the revise, the re-do. Not so scary, okay? Doublecheck the details, the travel plans, the areas of life that are covered by late Pisces and early Aries in your chart.

Mercury retrograde in Aries/Pisces: the warrior takes a swim.

March 12th, by the way, as I look at my calendar here, is a really interesting day for other reasons: the GRAND TRINE in earth!

Are you working on something like this? Do you want to?

Do you have any earth or water planets at or near 9 degrees?

Yes, I am doing Mini-Moon Readings for the Full Moon in Virgo! 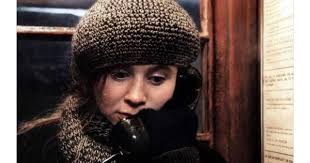