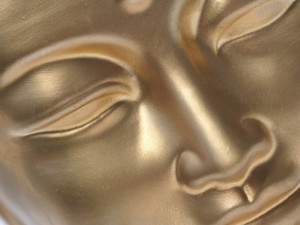 The feeling of being turned inside-out. That’s what Uranus square Pluto feels like to me while the Sun is in Cancer. Your shell has been obliterated. Your blood is on the outside. And I think anyone with personal planets in Cancer is feeling this. And any Capricorn too. It’s a Cardinal Cross, folks, if you live and breathe along the Cancer/Capricorn axis.

Sure it’s “worse” if you’ve got planets at those early-ish degrees where Uranus and Pluto are hanging out, and lord knows I keep forgetting that my natal Uranus is in early Libra and gets dragged and dropped each time transiting Uranus or Pluto move backwards or forwards or the Moon enters Capricorn or Cancer.

See how it works? Do you feel it? It’s subtle and yet it’s not.

Astrology is energy. Yes, degrees matter but yesterday looking at someone’s chart whose Venus in Cancer would likely be considered too low in degree  to be caught up in this mess, but when someone tells you how they are feeling, you  know.

There were other factors involved in her chart, but my bottom line for 3:16 a.m. on a Friday is this: read the books and then throw them away. Find your teacher and then surpass him. Start with the rules and then BREAK them. Uranus square Pluto: the rules break themselves. They can’t help it. Move forward or die.

And during Cancer Season, when you meet the Buddha on the road? Buy him a sandwich 😉

Yes! I am doing Mini-Moon Readings for the Full Moon in Capricorn and YES the blog is having technical difficulties during the switch from the old face to the new face. Even if you subscribed to the new-face blog, you need to subscribe again. Sorry folks but I know you don’t want to miss a single post!

-+*I felt like a cripple walking home- I know this metaphor is extreme but there are many ways to feel crippled. One of […]

-+*From my Facebook:  So I just got done yelling at an Aries in consult. That was fun 😉 Yelling with love. And […]