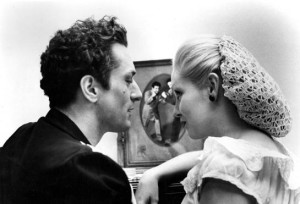 I’ve been told that it’s hard for me to “see other side.” An astrologer once told me this, when he saw my chart and my lack of oppositions. I found it strange, what he said, because I always felt that I did, that I could. Such a sensitive girl (so I thought), how could I possibly be missing something 😉 Was I wrong? Were they? Did we need to meet in the middle, like the opposition does?

When I was in astrology school (i.e. a drop in class that I attended weekly for some years), I learned that oppositions were about other people, natal ones and by transit. That oppositions draw people into your life, for better or worse, friends, enemies, and everyone else. And oppositions always bring us back to the Aries/Libra axis. Me vs. You. We battle. Unlike the square, which is between you and you; it’s inside you. And yet the square, pushing you to act, affects other people immensely. Aha!

Do you find this to be true? That charts without oppositions are more self-reliant or have fewer people in them?  That they care less what others think? Are they less argumentative? Of course there are many exceptions. An opposition-free chart with a Venus emphasis will draw in others. Venus attracts.

And, rightly or wrongly, I always felt that I did not project my feelings or motivations onto others, which is another keyword (projection) when you read about the opposition.

Another factor is this: notice the transiting slow moving planets in your chart. Are they making oppositions. Almost all of mine are, or will, and long term. I have an “eastern” chart. Everything on the left-hand side and I’ve got all the big guys in my 5th, 6th, 7th, and 8th now. Pluto shall be romancing my 5th House for a long long time.

But back to a point I made earlier about the square vs. the opposition: even if you don’t have oppositions in your chart, your squares (if you have them) are forcing your hand and that’s your blind-spot. Squares compel you to take action (so much tension inside) and before you know it, you have changed the course of the afternoon and possibly someone’s life, and your life. The opposition though, on a good day, seeks peace. The square, instead, wonders: what happened so fast? What did I do?

What’s the dominant aspect in your chart?

-+*Moon is the heart. Not Venus. Venus is what we’re taught is the heart. The love nature. Attraction. Desire too. But that’s […]

-+*Libras have had enough! Saturn has been transiting their sign and finally is on his way out! Mars enters Libra on July […]

4 thoughts on “Hell Is Other People? Squares And Oppositions”