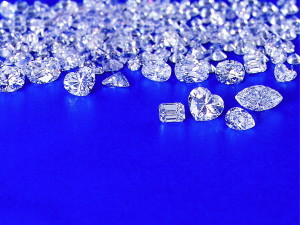 I don’t have parents. This has affected me profoundly.

I lost them both before my Saturn Return and as I’ve said once or twice, I lost them long before then.

But here, a happy memory: and I had put this on a different post, how at least once (maybe more), my mother came to pick me up at school, in the middle of the day, to do something fun.

I thought there was something wrong to get called down to the office and then see her car outside.

But we were heading to the new outdoor mall near the water. In Miami, malls are life. At least they were when I was a kid.

I don’t remember the rest of the day, what happened. Just that moment of being set free. Two rule breakers 🙂

And this brings me to another memory: last night I was hanging out with a friend and I saw his temper in its glory for the first time. It was boiling, roiling energy. It wasn’t even directed at me but it filled the room with barely contained fury. And fear (for me). It was like being in the room again with my father. I was reduced to tears eating my Chinese food. Ironic: the dish I was eating was called One Happy Family.

I am moved to tell these stories not just because I’m a Cancer Sun, Mercury, and Mars, and that’s just what *we* do, but because Saturn in Scorpio is you, and me, with a wide net scooping up what’s under the waves.  Don’t be afraid to look at what you find there.

This morning I asked the folks on the message board to describe themselves in one word. My word: deep. And I’m not saying it’s good or bad, but it’s me. Serious-mind-girl typing 🙂 And when I laugh? Smile? It’s a diamond. Not rare, but precious.

Info about Readings is here

-+*I’ll tell you how astrology works and how life works. The transits, where the planets are now and how they affect us, […]

-+*No one could ever be happy with surface only, right? Happy with eyeshadow? Besides the fact that I don’t give a fuck […]

-+*When you can’t find the lesson, you get frustrated. Why didn’t you get what you wanted? Or, why did the bad thing […]

-+*Some things cannot be repaired. I was thinking this over and over in my mind as I was waking up this morning, […]