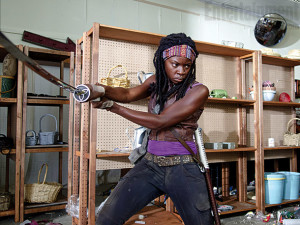 Why are we so excited for Mars leaving Libra and entering Scorpio?

BECAUSE Mars has been in Libra since December 2013.

And for many of us, relationships (ruled by Libra) have been sources of frustration (Mars!) — lots of covet-aggression, refusal to own or express anger and yet argumentative, snide remarks, dithering, waiting for others to take control i.e. manipulating them into doing so by remaining passive, passing the buck, a bit too concerned with manners and how things seem i.e. when your house is burning down who the f**k cares whether the firefighter is nice? You just want them to save you.

WAS YOUR HOUSE BURNING DOWN? God forbid.

If your relationships went to hell around Christmastime last year, and pretty much stayed there? The good news is that there IS good news. Mars in Scorpio isn’t concerned with correct behavior. MARS IN SCORPIO WILL BRING RAZOR SHARP CLARITY to your 2013/2014 relationship muddle.

AND AS I ALWAYS SAY: I am talking about these planets and signs as energies! I have Libra people in my life. I have Libra clients. I love them dearly. Especially Libra Risings 🙂

But this Mars transit, due to its longevity and fornication with difficult planets in Cardinal signs (Pluto and Uranus) AND Jupiter in Cancer making it all that much bigger and weepier… it was just a f***king mess.

Other good news, besides the razor sharp clarity: YOU WILL BE HAVING MORE SEX AND BETTER SEX. The sex you thought you’d never have again.

Mars in Scorpio is strong and arrogant and profound, but can be spooked by their own feelings. BECAUSE they feel so deeply. You will often read that Mars in Scorpio is relentless, ruthless (a word I love) in their drives and desires – whether to bring healing to others or take care of others, or to dominate — or destroy. Sometimes all at once!

The ones who are meant to be with you? They shall remain! And if not? #byefelicia!!

I really do think it will be that simple and quick. You’ll just know. You won’t waste any more time.

Mars in Scorpio, for me, is a snake. And I mean that in a GOOD WAY. Not as one of the “lower” animals or lower vibrations of Scoprio but as a symbol of transition and recovery.

Mars in Scorpio will bring us back — back to decision making, back to our power, back to LIFE.
And, yes, ready to strike.

–Mars trine Neptune: August 7th. This is a dreamy creamy transit. INSPIRATION. Doesn’t have to be diffusion.
–Mars sextile Pluto: August 15th. Mars and Pluto working together! All around helpful for health, work, persistence.
–Mars inconjunct Uranus: August 22nd. Accident-prone. Watch your back. Those who aren’t careful make mistakes.
–Mars trine Chiron: August 23rd. Compulsive drive to fix something or someone and it works!
–Venus square Mars: August 27th. Venus in Leo wants to be admired. Mars in Scorpio pretends he doesn’t 😉 Battle of Wills!

*
Need help making sense of your life? Here is a link to my Services page, with info about single-sessions and packages for my frequent flyers.

Also, the FIRE class has just begun. There is still room for you! We’ll be discussing the Element of Fire, Jupiter in Leo, Saturn in Sagittarius, as well as YOUR individual charts and transits! Email me for more info!

-+*Mercury and Uranus together are brilliant but unpredictable. I think this is true even in “soft” aspect because of the nature of […]

-+*Invention. Manifestation. Creativity. Pluto rules death and rebirth. The death part is the painful part 🙂 We have to let things go. […]