There are a couple of people that I turn to when I feel down and out, or when I have questions, the way some of you turn to me, and I was remembering something one of them told me last year —

She had seen an ancestor or spirit guide of mine. She wasn’t sure what it was, who it was. She described him to me. Didn’t sound familiar but I never forgot it.

Flash forward a year and I’m dealing with a noisy neighbor and suddenly a certain phrase, along with an accompanying visualization, comes to mind.

If I don’t write things down, I forget them, and today I remembered this phrase (out of the blue) as well as the visual as I was dealing with noise again (from someone else).

I decided to look on-line — that maybe this… spell, incantation, this action that I was “doing,” this magic that I was engaging in (to shush the noisy person) has a history of some kind.

And it does — in various streams of folk magic. Now I have no idea if this spirit guide is related at all to my knowledge of this ritual and yet the two are linking in my mind. I think there is a connection.

In my internet research I also discovered that this thing I was doing (what I was visualizing) was meant to cleanse the person which I found interesting because here I thought I was just seeking quiet but it turns out that my higher self had a higher purpose.

I do believe in past lives although I don’t think about it that much. I’m more obsessed with the here and now. Perhaps it is time to reverse this focus.

Last year I had a fixed-star astrology reading which convinced me that I’ve done this work before, in previous lifetimes. And oddly enough later that week another astrologer (who I’d not consulted for a reading) wrote to me out of the blue because they’d thought of me and also talked about fixed stars.

How in touch are you with your past lives? Do you get clues? Or is it very clear?

Look here for the March Specials!

And here for the Mini-Moon Readings (The New Moon in Pisces is coming up!)

And here for all the other Astro/Tarot Readings! 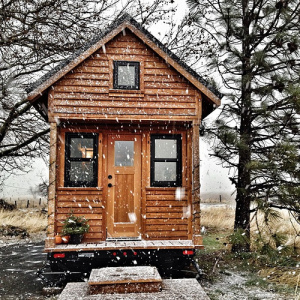 -+*Lately I think a lot about… magick and sacred space, space clearing, power, peace, protection, about dispersal of negativity and how intention […]

-+*I want to start a prayer group. There is this healing center that I used to go to regularly for meditation class […]

-+*If I haven’t had the time or energy to meditate, when I finally do sit again, it’s like stepping into a warm […]

21 thoughts on “Do You Believe In Past Lives?”