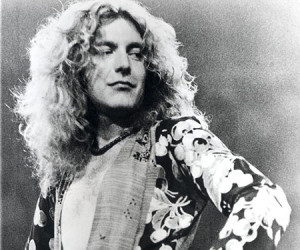 Pluto in the 8th House is an infamous placement.

I admit I get a feeling when I see it in someone’s natal chart. These folks are powerful. Shrewd.

Pluto is “at home” in the 8th but it always gives me pause, especially when it has some tricky aspects. (Hitler had this placement but so did Elvis. And Oprah.)

The 8th House Pluto person must make self-awareness their calling, in order to avoid injury/destruction of self and/or other(s). At the same time, they seem to draw in difficulty from the outside, or are born into it.

What drives you is mysterious and obscure at times, intense, fascinating to you (and others) and the more conscious you become of your desire for power, sexually and otherwise, the better you’ll get on in the world. And the less you’ll hurt yourself and others.

Pluto goes to extremes: all or nothing behavior or attitudes.

I have known 8th House Pluto or Venus or Mars with great sexual urge and they either, from what I’ve seen, live it, or box it up and store it away.

And it is possible to box it up and store it away with awareness, but for those who are unaware of their Pluto, it will manifest in indirect and sometimes savage ways.

Indirect meaning, for example, the person who has not come to terms with some trauma from their past and instead of healing and integrating, instead they become tyrannical and/or abusing.

Now, dear reader with Pluto in the 8th, I KNOW this isn’t you that I am describing. I’m talking about the extreme case, how far it truly can go (which is pretty far).

On the up side, Pluto in the 8th IS the healer and the integrator. And stunning in the sack. So there.

-+*This title of this blog post is pretty obvious, right? Uranus is “sudden” and Mars is “passion” and Friday this week brings […]

-+*This odd thing is happening. I am feeling that I want to do more phone/in person readings and fewer email readings. Not […]

11 thoughts on “Dear MoonPluto: I Have Pluto In The 8th House…”