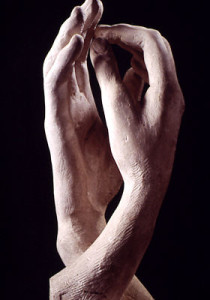 Sometimes a relationship is over, or nearly over, and the client (I hate that word client — I need a new word) wants the synastry, the chart comparison done and I always say sure, it’s up to you. But in the back of my mind, or the front of mind, I wonder.

But that’s not even the point. Which is my point.

It’s like Yom Kippur. Hold on. You’ll see what I mean. You are supposed to ask forgiveness more than once. Example: you ask forgiveness and they say no. You ask again: they say no. You are supposed to ask three times. Same with doing synastry for a dead relationship. I just want to be sure. I don’t want to waste anyone’s time or money. I’ll do synastry for you and your dog or your wrinkle cream if there’s meaning in it for ya. If there’s somewhere for us to get to.

But something I realized on the train today which I know will alter my approach to this kind of thing: doing synastry for a dying or dead relationship can be healing. Cleansing. Clearing. PART of the process.

Trust the client. They know. Trust the reader. They know too. And together you’ll figure it out. Together. Saturn in Libra: cooperation takes work!

There is much value in the search for meaning: why we were the way we were. Why we were so hot for each other. Why we cooled down and when. How did we function. What was the tension. Where was the magic. Why is he such a dick. Why is she such a bitch.

So it seems obvious in retrospect… this revelation I had on the subway today. Not that I ever refused synastry but I would think to myself: will this just twist the knife? Will s/he get lost in fantasy instead of moving forward? Am I doing the right thing? I have a chart that wants to do the right thing.

Well maybe they needed to twist the knife in order to take it out. See the blood. Wipe it off. Put the knife back in the knife holder or however you store the knife I don’t fucking know because in my house the knives are in the drawer and I’ve got two. Two knives.

Help the person shift the energy. Help the person know it’s okay to be still. Help the person according to where they are and what you see for them: potential, strength. I do mostly email readings and sometimes I cry or get choked up when I open an email for the first time because I’m feeling it. To do this work, you can’t be afraid of how people feel.

Side issue but related: I’m going deeper into Tarot lately: doing more Tarot readings, with or without astrology (people are requesting them) and studying it on my own, with books. It was astrology that brought me to Tarot originally (same teacher) and I’m excited by this learning.

Do you twist the knife?

If you are interested in the next MoonPluto Land class please email me.

Will send you info and the link to my most recent post about it. Fee is $100. Class size is 10 maximum but the class WILL happen with 5 folks either way.

Start date: week of September 15th. Topic: Creativity! Your 5th House, your North Node, your life as a work of art.

I don’t mind a small class. Means we can go DEEP into the charts. There will be a lot of natal chart work around these topics. Doesn’t matter if you consider yourself an artist. What matters is that you are, at least, somewhat obsessed with the creative process 🙂

-+*Unbroken. Noble. Honest. BLAMELESS. Purity. Untouched. I strive for this in the hours before the New Moon in Virgo. Sins washed away. […]

-+*I want to blog a little before I get to the Readings I have scheduled 🙂 New Moon in Virgo today, somewhere […]

-+*I wake up thinking, as always. But a bit slower this morning. May I be blunt? I’m menstruating. Any coincidence that this […]

4 thoughts on “Chart Comparison For The Dead Or Dying Relationship”