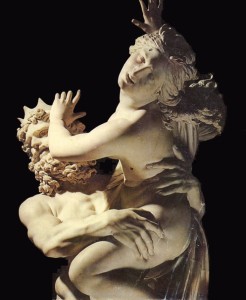 We’ve just started talking about dwarf planet Ceres in MoonPluto Land and I was telling folks that wherever Ceres is in your chart, you may feel, well, EXTREME.

No half-measures. No quarter-minutes. No $ 1.99. We’re talking million dollar ferocity.

Where Ceres is, you may feel emotions/mind-states such as: grief, loss, betrayal, rage, pain, abandonment, but also creativity, fertility, deep love.

Ceres was Goddess of the Harvest. Agriculture. Ceres was intensely bonded to her daughter, Persephone.

When the deed was done, the earth sealed again. Could this be partly why Pluto is identified with healing and healers? There was an extreme rupture followed by seamless repair.

Where Ceres is in your chart creates a breach, a hole, a gap, a gape, a wound. Open earth. And it’s different than Chiron’s wound. Chiron was bodily injured, a teacher, healer, gatherer of balms.

Ceres is not our Warrior Goddess but she is AT WAR, on the inside, grieving. Lamentation.

And as Goddess of the Harvest, Ceres is about cycles, the waxing and waning of the crops. So despite her being a portal of angst in your chart, she is also there to show your abundant, emerging, cyclical maturation and creative bloom.

In MoonPluto Land, we are discussing the creation of a private message board/discussion group. NOT a class but I’d be your hostess. A safe place to discuss astrology and all manner of things spiritual, magical, healing, empowerment. Small monthly (month to month) fee. Email me if interested at moonpluto@gmail

-+*Sometimes it really is like clockwork even though my teacher used to say that the planets don’t run on “train time.” Venus […]

-+*Are there problems that remain unsolved over entire lifetimes? The woman looking for true love. The man who needs to become a […]

-+*Sex. When you think about sex you probably think about Mars or Venus or Pluto, but not about Vesta, right? Thing is […]

11 thoughts on “Ceres: Possessiveness, Loss, And The Bloom”