The only reason I trek all the way to the Upper West Side is to go to Fairway and to get their giant hamentashen. Even though it’s not the season, Purim Season, they have them year long. Such a trek is a purposeful “cheat” trek i.e. I am mostly gluten free but for days I’ve dreaming of Fairway hamentashen with poppyseed filling. Problem today was this: they were not labeled. Once, I could not tell the difference between PRUNE and POPPY and I wasn’t going to make that mistake again.

The guy at the bread counter was very busy. Better I not interrupt. There was a man with a stroller standing behind me, Ken-doll type man, young father. I asked him. I was bold. Can you tell the difference between prune and poppy? He said no. And, honestly, he seemed a little frightened. He was after the croissant on the shelf below. Maybe the hamentashen was beneath him, Jews not really known for their scrumptious desserts.

Finally a woman, my age or a bit older, zaftig, comes closer. AHA! She’s the one. She won’t be afraid. Hmm she said. This one has texture. I think this is poppy.

That’s exactly what I was thinking I said to her.

What’s the astrology? Could be the friendly Moon Jupiter sextile we’ve been under today, two signs not known for their shyness. And see? I had to work for it. That’s the sextile. You have to push a little but then you get what you want. A poppyseed hamantashen from Fairway on a Friday afternoon. Heaven.

What was your heaven today?

And stay tuned for the SUMMER SPECIALS!

-+*In MoonPlutoLand (our little private message board) a couple of us were talking about Pluto transiting our 4th House. Pluto is leaving […] 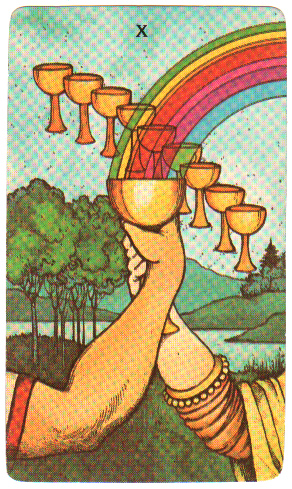 4 thoughts on “Another Story For Gemini Season”