Cunt. A cunt of a transit. Here I am blaming the eclipses, and there is that, but the Sun Pluto opposition (which was exact on Saturday) has been active ALL CANCER SEASON since Cancer Season essentially is a Sun Pluto opposition. There’s nothing else to know. Nothing else to understand or hide from. Pluto came up from the deep, from the most disgusting hole in the universe where nothing lives and nothing is reborn and it’s just… bleak, bloody. Wasteland. Pluto came up from the deep to look you in the eye and spit. Spit made of all your fears and your shame, self pity and your howling grief. You know what? I wrote about howling grief in my new book. I have a sentence that uses that phrase and they tried to edit it out. Over and over to edit out my writing, my voice (long story) and I fought and I fought and it was so time consuming (and there’s more to the story) but I’m happy that most of my sentences remained intact and that one in particular. The one where I mention the howling and the grief.

So we’re all crawling back up now. Crawling out of the Sun Pluto hole. I put it on Twitter. We’re all on our hands and knees crawling across a dark space because over there there’s water or a Diet Coke (i.e. relief, comfort) and we get a break from psychosis, from trauma, and it’s not about faith and it’s not about hope (stupid words). It’s about…

I don’t know. There’s no point to it. There’s no point to most trauma. It just happens. It just is. And then we must choose how to deal with it when we’re in it and then observe how and if it has changed us. Still don’t have my strength back entirely but went for a quick walk and felt 10 lbs lighter, my body felt looser. Was it an exorcism?

So. What happened was.

I had a bad day yesterday. And there was something going on. It wasn’t just “a mood.” It was the Sun opposing Pluto. Something was happening outside of me and I could not control it. I could only choose what steps to take. And still with vaccine side effects. And I left a message for someone to explain what was going on and I heard myself. I heard just a few seconds by accident. That voice. That was my voice. A voice I don’t hear often. It was the sound of disbelief, of resignation, of exhaustion, of fear. A voice from the whirlwind. Desperate. And what I did yesterday was, perhaps, beyond human? I mean, the steps I took to solve a problem were effective I’m pretty sure. Possible brilliant at times. Physics was involved. And maybe geometry. My step were not too extreme although others might think so. And it took all day and it took my entire body. Maybe it was an exorcism.

What will soften you? In your fear, yes, and your sadness, yes. I wonder if there’s a song you can listen to that will slow your heart rate just a little. I’m listening to that song as I type to you. Just put it on.

Okay. Back to work. This week the Sun goes into Leo, Venus enters Virgo and someday, in a few years, when Pluto is in Aquarius, we’ll enjoy Cancer Season again. 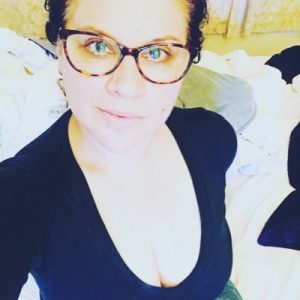 -+*I don’t have parents. This has affected me profoundly. And oh yes I do love to kick off a blog post with a […]

-+*Yesterday was extraordinary. In terms of people reaching out. Clients I hadn’t heard from in a while too. I’m here to help. […]

-+*And they actually do matter, common though they are, retrograde periods of the outer planets. Life doesn’t stop but I will be […]