I promised a friend I’d write again about transiting Pluto square natal Chiron because her lover is under this transit.

And of course the houses matter. The houses are the areas of life this nasty square is affecting.

What I notice so far (and this transit is exact for me now) is that the Pluto tendency to destroy actually does have a higher purpose (Divine will and reason) but it doesn’t seem/feel that way. What winds up seeming and feeling is… destruction and chaos-loss and hurt feelings.

The other day I was talking Pluto with a friend.

Be vigilant, you who are under this transit… because this transit causes such colossal internal discord as to be a potentially (likely) misdirected motivator.

There are people in this world who have a fear of being known even by (especially by) their nearest, dearest. You may have one of these in your life and you do indeed love them but they have THE WALLS and the THE WALLS are… necessary defenses. So they think. (Which is what you think.)

They can’t, they don’t, think beyond the walls, that there is freedom to be found outside. But then Pluto square Chiron comes and you are unable to gracefully “show them the way.” Showing someone the way” is ego talking but hear me out. Pluto square Chiron is an inside blast, like someone walked into your body wearing a vest of explosives and… but it’s not someone. It’s you. You are wearing the bomb. And you are holding up the (potential) losses, the dead bodies, for you dear friend (or lover) to see. They don’t want to see that.

I don’t know if this will ring true for my friend at all but so far this is what Pluto square Chiron means to me. It means… pushing things to a painful point. And the painful point is also that it’s necessary because we NEED THIS LIGHT. The light of this transit. Explosions. Sparks.

What I suggest is a ritual. Walk outside after dark with a basket and hold it in both hands under the sky and ask for the transmission, the sparks, the knowledge, the best outcome, the truth, relief, to fall into the basket and yes you probably will look crazy to the neighbors but that’s why you do this after dark in the backyard or somewhere private. Imagine. You are picturing this right? You, under the sky.

The February Specials are up. And look here for my daily status. Sometimes I’m home and available to take calls right away.

-+*Uranus opposition Uranus: a famous mid-life transit. I’m going through it now. Are you?  And how I’m feeling is that I’m Not […]

-+*Where are you going? Where have you been? Mercury retrograde is conjunct the transiting Node in Scorpio and I was just reminded […] 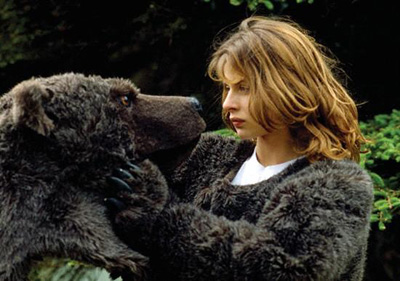 -+*What if life isn’t about more than the struggle? We have these isolated moments of peace or grace – they last as […]

26 thoughts on “You Must Change Your Life: Pluto Square Chiron”