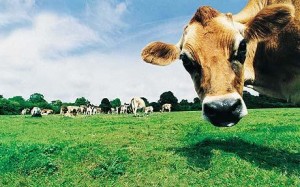 For those who celebrate, I hope you had a Happy Thanksgiving and are enjoying a long weekend 🙂

The Sun is now in Sagittarius and I want to quote again my Sagittarius Sun friend who said to me, a couple weeks ago: There is no failure in life, but going to the next level.

And I think she meant deeper levels, deeper into life.

Jupiter in our chart is where we grow and this can have a negative slant to it, like an inflated ego, or you can inflate something else – your compassion, your money, your knowledge. Jupiter expands what it touches so make sure your Jupiter touches something good 🙂

Jupiter is associated with philosophical thinking, with prophecy, with teachers and teaching. It’s a big picture (can’t make a plan two weeks in advance) visionary sign so Sagittarius Season asks you to go there – project your life onto the biggest screen you can find. What do you see?

(And yes I know I know some Sagittarius Suns CAN make a plan in advance. And some never know what they’re having for dinner until it’s on the plate.)

Also…Mars in Capricorn square Uranus (exact today) and conjunct Pluto which can be a bomb going off in your life or, on a smaller scale, feeling that do or die feeling. That if you don’t… make that call or run out the door or say what you feel you must say or… whatever your rapid hearbeat is telling you to do, the feeling that if you don’t do THAT THING…

Wait. Mars Pluto square Uranus doesn’t think. It just does. It’s impulsive. So what you do is find Saturn in your chart. Rely on Saturn. Stay put there. Because Saturn is sextiling Mars Pluto, weighing it down. Forcing it to deliberate. Setting a limit. This is good.

And don’t forget to add Venus. Venus is now in Scorpio, heading to conjunct Saturn.

So for those of you with love on your mind, I consider this a good, stabilizing influence if you can hold tight instead of grab the knife.

Last night I had fight with a friend. Not really a fight. A political disagreement. It got a little heated and I got ready to leave (so maybe it was a fight ;)) That’s a little Mars Uranus for ya. Sudden (Uranus) action (Mars). Words were said. Mine. His. Mine. And I got my boots on. But… then I remembered the transits. And I sat down. Saturn sat me down. This happened earlier in the evening too. Like waves. It kept coming back. I’m happy to report though that I didn’t leave. The planets impel but do not compel paraphrasing Edgar Cayce. I was, however, VERY impelled! For me, the time bomb was within.

Bottom line? You’re going to be okay. Moon is also in Aries but heading to the higher degrees, away from Mars, Pluto, and Uranus. Tomorrow Mars sextiles Saturn (exact) and Sunday brings us the Moon in Taurus.

Dare I say it? You can relax. I know the eclipse is next week and that’s some hot energy but be the Moon in Taurus this weekend 🙂 eat, rest, take your time.

Moon in Aries sextiles Jupiter tonight and it’s quite possible you will feel better than you have all week.

-+*Usually I look at the Stars first and then pull a Tarot card or two. Today I am going to pull the […]

3 thoughts on “The Stars Today: Take It Easy”