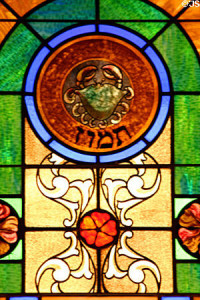 Mars is at 5 degrees Libra.

The good news is that he will trine Jupiter in Gemini and trine Venus in Gemini but in between those two trines, he will bust in to the Uranus Pluto square like a soldier in drag, dangerously pretty 🙂

He will oppose Uranus. He will square Pluto.

What does this mean for you? At best, irritability.

Sorry Cancers 🙁 You sign fills in the t-square, but read on anyway.

Mars-Uranus-Pluto or even Mars-Uranus alone or Mars-Pluto alone or Uranus-Pluto are violent aspects. Mars is war. Uranus is sudden. Pluto is (can be) crime. Accidents happen.

I don’t mean to be all doom and gloomy but be careful out there.

Here’s an example from my own life:

My natal Uranus is caught up in this Cardinal configuration. When I was out and about this morning, I felt short-tempered. Those around me were short-tempered or just… fast. The responses I was seeking were not the ones I was getting. And when I felt myself get irritable on the inside, I remembered that Mars is on my Uranus and I calmed down because you just don’t want to set that off.  I also feel a cold coming on. I tend to feel intense transits like these in my body.

So even though the Moon in Taurus is sweet, slow, and steady, we’re facing, in the coming days (although you may already feel it) something far more um stimulating.

The good news, of course, is that it will pass. Mars will keep on moving.

It’s Tuesday and Wednesday of next week that the t-square is exact but it’s building until then. And of course 😉 the Moon will be in Cancer starting Monday night, making this a Grand Cross.

My advice really is this simple: check your ego at the door, don’t overdo it on the treadmill, avoid walking under ladders, drive carefully, avoid quarreling lovers throwing dishes at each other. If you see people fighting? In the words of Kylie Minogue: get outta my way!

Say it politely though. For Mars in Libra. Decorum matters even more under this sky.

-+*Now hmm what kind of conversations have *you* been having today? What kinds of thoughts?  Mercury (how you think, how you say […]

16 thoughts on “The Stars Today: Chafe!”