The Moon enters Pisces Tuesday morning (in the Big City) and makes a series of lovely aspects to some of our water and earth sign friends (Venus, Saturn, Pluto) but already I’m sure you sense that… all is not as fairy dusty as it seems this week.

Or maybe it doesn’t seem that way to you at all, hmm?

The Moon in Pisces peeps that I know are tuned-in, sensitive to music and words, poetry, sometimes overwhelmed, and feel so much and cry so often.

The good aspects from Saturn and Pluto to the Pisces Moon create a structure for this zigging and weeping, and thus support any inspiration and creation and imagination on this day.

You can still go as deep as you enjoy (oh the joy of a Rilke poem!) but without the fear of getting lost. It’s like a windy day in the Big City and the skyscrapers and narrow streets (we do have some of those) protect you.

Wednesday, the 18th: Venus in Scorpio takes the stage, darkly, deeply, in her blood red and black while the Moon in Pisces continues to dazzle, aspect after aspect (including a Jupiter trine) and you may feel fragile one moment, in cahoots with Mother Mary the next, fainting couches for everyone.

What to say about this combination? Who benefits?

It’s not about good or bad anymore. It’s about paying attention.

God, I say that all the time but how true it is now, more than ever.

PAY ATTENTION TO WHAT IS HAPPENING IN YOUR LIFE, right under the nose. Take this moment. Right now. As you are reading my blog post. Exhale. I hear the trees and the wind. Oh and there goes a power tool. I listen. I listen again. I look around the room. I pay attention to the story being told now and compare that with what I want. With what was. With what is. Wake up wake up wake up!

Without Venus, we have no joy. We have comfort (Moon). We have ourselves (Sun). We have things to do (Mars). We have people to talk to (Mercury). But we need joy and we need love.

Venus in Scorpio says SHUT THE FUCK UP to all the wrong people, places, and things. (I know I know YOUR Venus in Scorpio may not say that but what I’m envisioning is the STARE. The Scorpio stare. No middle ground in that stare.)

Thursday, the 19th: Full Moon in Pisces at 26 degrees: the ending is a beginning. One phase over. And that one phase may have been 25 years long so say GOODBYE and slam the door and Friday the 20th: Pluto stations direct HERE WE GO.

Can you see? How can you not see? What is happening here? OPEN YOUR EYES.

Saturday: an exact Saturn Pluto sextile, the finishing touch, problem solved, and Sunday the Sun enters Libra so we clean up our eyeliner streaked faces and smile. You survived. Yes, you survived. But did you learn? What did you learn?

And that long note is about why you’re here and what the hell you’re doing with your one life NOW AT THIS TIME.

Okay, my loves, let me know how you’re doing in the comments or on Facebook. 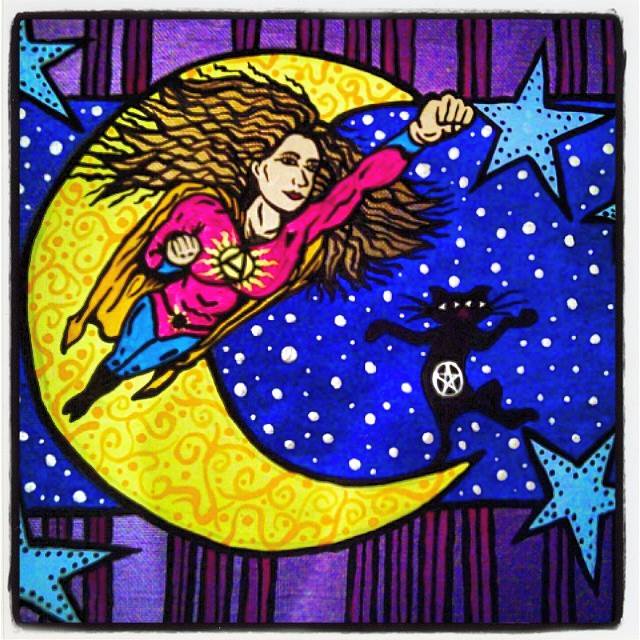 -+*It’s just that I haven’t been blogging HERE. Instead I am posting my Stars & Cards on my Facebook each day. The […]

-+*Some weeks ago I introduced my Mars in Virgo (Direct!) Challenge: how’s it going? Did you start something new? Or leave something […]

12 thoughts on “The Stars This Week: Full Moon In Pisces & The Longest Note”