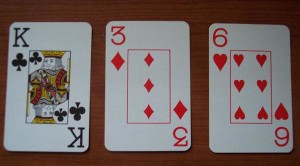 The topic of the Tarot numbers came up in MoonPlutoLand yesterday.

What do the numbers on the cards mean?

This gal’s question got me thinking and I came up with this exercise:

Take out your deck 🙂 and separate the cards, major arcana from minor arcana. Put the court cards aside. And organize the cards by number. For example, you should have a Two of Cups, Two of Pentacles, Two of Wands, Two of Swords, and so on, through all the numbers from one (the Aces) to ten.

You can organize them in rows and look at one row at a time or cover your desk (or wherever!) with the cards.

And then look at them. Yes, look at your cards. And feel. How do the images on the cards make you feel? Notice. Reflect. Take notes. This is your third-eye at work. I’m not kidding.

And don’t even worry about the suit or the element for now. You can keep it simple. There WILL be themes that emerge and there will be contradictions. Note those too 🙂

And there are correspondences. I think of the word “correspondence” as meaning “a letter that is being written.”

The cards (and the planets in your birth chart) send letters (alphabet letters) but also MESSAGES to each other.

Damn this blog post tastes so good to me that I wish I could eat it! I mean this idea here, it’s very geshmak (“tasty” in Yiddish) — the thought that YOU can do this, that you can explore this and come up with your own system which NO DOUBT will (aha!) correspond to established systems of the Tarot numbers PLUS your own groovy original take on it. It’s just cool. 🙂

So try it and tell us what you find. And don’t forget to include the Major Arcana as well. For example, pull out your Tarot sixes and then grab your Lovers card, which is also a six. Add that ingredient to the stew as well. How does it feel? What do you notice? What springs to mind? Do words show up for you? Other images? Some decks have words on them. You can use those or disregard them.

And yes, I know different decks will bring different results but use the deck you feel closest to.

Next week I am doing Full Moon in Aries Readings! And, yes, my Venus in the 12th House is braving the Skype machine 😉 Something that I like to do lately are 1/2 email and 1/2 Skype readings. But whatever… we’ll figure it out 🙂

-+*Well, it wasn’t the first thing I thought about but I did my morning card draws – started with three and now […]

-+*And it won’t just be the Moon. It will be the Sun, Mercury, Venus, and Pluto in Capricorn! Saturn in Scorpio fortifies by […]

-+*So much passion I often feel about to burst. I was always this way. This is who I am. It’s something that […]