The Sun is not in Pisces. The Sun is at 23 degrees Aquarius.

But we have the Moon, Mercury, Mars, plus Neptune and Chiron in Pisces.

AND the Moon is void of course now. Hazy dazy mushy gushy Pisces plus!

Good luck getting shit done! Or maybe you are? Let us know in the comments.

If you are having trouble putting feet on ground, do know that we are also under Mercury sextile Pluto in Capricorn (earth sign!) and this is helpful. Put those poetic Pisces thoughts in order. Can you? Dare you?

Are mutable signs having the most trouble with this Pisces pile-up? Maybe. Pisces opposes Virgo clarity and squares (irritates) Gemini and Sagittarius. Even the other water signs, Cancer and Scorpio may have trouble staying afloat in this. We need Taurus and Capricorn to hold us up.

Was talking to a friend last night. All this early Pisces will square his Mercury writing and thinking and conjunct his already-challenged Saturn, and I know there are others out there feeling this too or something similar, especially the Saturn Chiron in Pisces peeps out there.

Exact tomorrow is Mars conjunct Chiron: your most vulnerable parts? your ultimate recovery? Whatever it is, it’s in a hurry. But wait. It’s PISCES. Mars in Pisces weapons include the imagination, the deep sea, the MERGE, the illusory, the empathy, that which hides in plain sight. The truth is there, I think, but buried. Buried treasure.

Mercury then trines Saturn, once again attempting to give some stability to the soup. A container.

Now that the Venus Saturn square is separating, it’s not despair that haunts us but confusion, uncertainty. What the hell to do with all these FEELINGS, this mush. No matter how many times you wipe the windshield it just keep on fogging up.

Back to the idea of the container. A cup. A bowl. A gallon. A bathtub.

And this: you don’t have to know today. You don’t have to have THE answer today. You are a little bit farther in figuring this out than yesterday… even if it’s still open. And maybe you can get in touch with that sweetness I was talking about yesterday. Today did have a sweetness, didn’t it? Despite the rain.

Pisces, Neptune, refuses boundaries. It just keeps on spilling so you can keep on cupping your hands trying to save something or someone or… trust. Or nap 🙂

The Moon enters Aries tomorrow in the late afternoon on the West Coast and after Aries comes Taurus and I’m looking at the end of the week for decisions to be made, results to arrive, the letter in the mail.

And as far as Valentine’s Day goes… I would, once again, check your chart for where all this Pisces stuff is transiting because the Moon will be right next door in Aries and that is where you’ll find your Beloved. In those houses. I know I know I’m leaving you with a riddle but… think about it!

-+*Working from home means I can work anywhere. Have computer, will travel. Now I’ve never been much of a traveler. Saturn (fear) […] 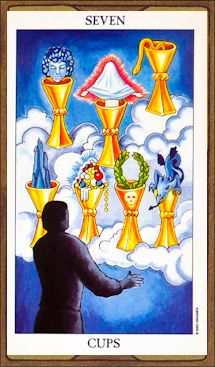 -+*I made a video today on the topic of my (third) Venus Return this summer + Venus square Saturn in the natal, […]

-+*We want things to work out. And often we’re in a hurry. We need that tense situation inside to calm down. We […]

-+*The Sun in Cancer is still squaring Saturn in Libra, which is a great aspect for working on yourself. Just don’t work […]

3 thoughts on “In The Soup: Moon Void Of Course In Pisces”