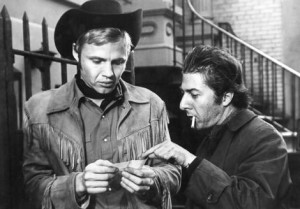 When people die, they become a part of you. If you let them. If you want them to. This is my belief. They become yours, in you. And after a while, you don’t notice it. Until you notice it. And if you don’t want  them there? Then they’re not there. But if you’re neutral or… have unresolved feelings about them? Then I think they similarly hang around you. Maybe not IN you. But near by.

Does this sound nutty? Mars is transiting my 3rd House. My mind is so busy right now that tonight I am taking almost a total break from the internet except for this blog post and I’m going to watch a movie. I did my readings, spent some time in my virtual classroom tonight, MoonPluto Land, but will wait until tomorrow to catch up further. No Facebook either tonight. Mars in Scorpio is intense. It makes good aspects to my chart but the energy is so laser and razor sharp that I need a break. Until tomorrow 🙂

Today was also Day 3 of rehearsal for my play in September. I told a friend of mine: it’s like therapy for me. I tend to write about my life . The emotions are mine and sometimes the situations are as well. How odd and fun and interesting to hear a director and an actor working through *my* psychology coming out through the mouths of characters, made up people. Mars in the 3rd: lots of writing, lots of communicating, lots of internet, lots of speaking, lots of movement.

Scorpio is a protective sign and I realized tonight that I need to protect my mind (3rd House). That I’d been on-line so much lately, I wasn’t sleeping well. My brain would keep on firing, would not shut down. Scorpio is NOT about moderation 🙂

Where is your Scorpio house? There’s a lot of stories going on there, that will continue to go on there for the next couple years. Mars is there now. The transiting Node will be there soon. Saturn will be there. And this also dovetails with the Pluto (who goes direct in September) Uranus square. It’s a lot, right?

So break it down. Just find the house in your chart where you have Scorpio and you’ll see where your energy is laser or razor sharp right now. Mars in Scorpio is something we can all use from time to time  🙂 and this energy is here for you. But take breaks, too, if you need them.

-+*The transition is here. It’s happening. The weather gets cooler and we all feel it right away, me and the cats, my […]

7 thoughts on “Find Transiting Mars In Your Chart”