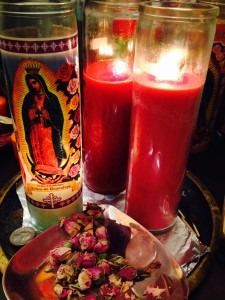 So I had to ask my roommate to leave. He wasn’t paying full rent each month (sometimes some, sometimes none, and sometimes all) and both he and my landlady kept this a secret from me — for months. She called me up telling me about the missing money and trying to hold me responsible for it.

Both Uranus and Pluto are aspecting my Sun. Sun Pluto: you become the bad guy. Saturn has been on my Neptune: no illusion possible. And Saturn squaring my Venus: money and people problems.

The Full Moon was on my descendent. It was a situation that needed to change anyway but once I found out about this? It happened pretty quick. I have put myself in a perilous position financially now (although I would love a roommate this is really an apartment for a couple — or two friends who know each other well, being a one-bedroom railroad – there is no privacy and grown ups need privacy) but as I wrote to myself this morning so that I wouldn’t forget: he was the bigger problem.

There is more to this story of course but I’ll spare you the details for the moment. Suffice to say it’s business as usual around here and even more so. I had THE BEST night’s sleep that I’ve had in years. Roommate kept odd hours, a chaotic schedule and habits, and last night I went to sleep at 10:30pm and woke at 5:30am after clearing and cleaning and de-cluttering and crying, all very Jupiter in Virgo. The best sleep. No one coming in at 2am. No one up all night. Even the cats didn’t bother me. 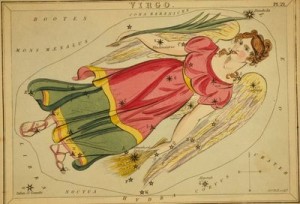 And that’s why I say the Eclipses came early for me — the New Moon Eclipse will be on my natal Moon (and Pluto). Everything is new at home. The shift in energy is palpable. I can feel MINE again. Peaceful, calm, earthy although worried at the moment. But it won’t be long until Jupiter conjoins my Moon and… Jupiter Moon is lucky and happy and feels good.

This is what you must do — if you are going through a challenging time:  force hope. You must force hope.

One side of Jupiter in Virgo is that it will cause worry and require proof that things will be okay — but that’s not Jupiter. Jupiter believes. Jupiter has faith. Jupiter says “anything is possible.” Jupiter INFLATES. Jupiter eats air for breakfast believing it will turn into the most sumptuous meal once it hits the tongue. Jupiter is stupid. Jupiter promises and doesn’t always deliver, but we need this stupid Jupiter to get through. And to force hope. Forcing hope means not only to push worries aside (let them dissolve as Jupiter in Pisces does) and BELIEVE despite “proof” to the contrary. And maybe the proof really isn’t proof at all.

*
I’m doing a September Special. Write me for details moonpluto@gmail. I want to do Tarot for your fall season – what are the energies coming through for you for September, October, November, December. Add-ons to this: focus on the September Eclipses but if you’ve already had your fill of Eclipse talk (some have, some haven’t), then let’s talk fall magic. Do you want to create an altar but aren’t sure how? Confused about candles? Maybe fire isn’t your thing but what else can you do? Think you’re a witch but aren’t sure? 🙂 we can talk about all of this…

-+*I’ve said it before and I’ll say it again:  Those issues in our lives being affected by the Uranus Pluto square (and […]

-+*So much sky action today and it feels like a dream under Jupiter Neptune. Mercury goes retrograde. Saturn enters Sagittarius. Big news […]